The Dexter Cider Mill in Dexter (just west of Ann Arbor) is the oldest continuously operating cider mill in the state of Michigan. They've been written up in the Wall Street Journal, New York Times, Chicago Tribune, and Good Housekeeping. They've been named the best cider mill in Washtenaw County and even one of the top 10 cider mills in the country. But Richard Koziski and his wife Katherine bought the old cider mill 25 years ago simply as a way to keep busy and stay active after retirement.

"This was a long desire," he says. "Once I retired I knew I would need to keep busy. I was raised back east where we had a lot of cider mills and I always thought this would be a lot of fun. And it has been!"

The Koziski family has been running the Dexter Cider Mill for the past 25 years, and it is very much a family operation. Daughter Nancy Steinhauer works alongside mom and dad - who themselves at 75 years old put in 11 hour days on the weekends - and Nancy's husband and sons also help out, along with some family friends. 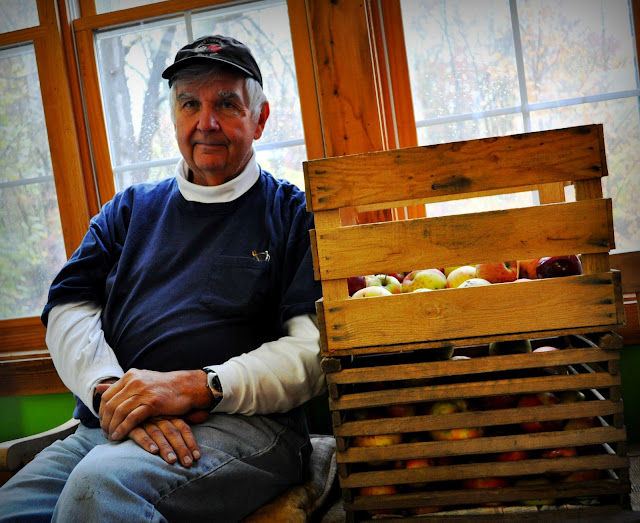 The inside of the cider mill itself is small, but has a very obvious warm family feel as Nancy, Richard and Katherine shout back and forth from the cider press to the bakery to the front store operations with what they need and what they're working on. The barn in which the store itself is located was actually built only 15 years ago, but the floor was made with reclaimed wood which gives it that old, historic feeling. Attached to this barn is the original barn built in 1886, which is used for storage (it's all open to the main storefront so be sure to poke your head in there and check it out). 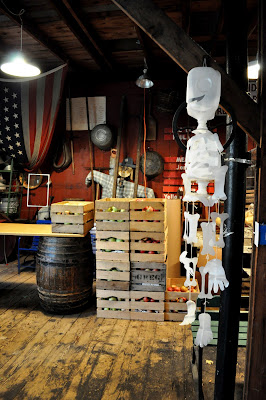 The cider press is the same one that was used back in 1886. The only thing that has changed is the power source (from steam power to electricity), but otherwise the equipment is the same. The only other place in Michigan that has similar equipment is the Henry Ford Museum, where it sits on display. (They do offer tours of the cider-making process where you can see the century-old equipment up close.) The cider they make is unpasteurized (which many agree makes for a richer, more flavorful cider) and is made with a blend of 3-5 apple varieties to achieve a unique balance of sweetness, tartness and aroma. "We know the properties of each of the apples that we use and are able to pick from the apples that are available to produce a unique, clean cider with a nice aroma, spice and a balance of tartness and sweetness," explains Richard.

The Koziski family does own a small off-site orchard where they get some of their apples, and the rest they get from a variety of small farmers who each focus on different apple varieties so that they get a good mix of apples with different flavor characteristics. They also get some apples from "the Ridge," a rich agricultural region on the western side of the state known for having the best possible fruit growing conditions in Michigan. Michigan is the third largest producer of apples in the country, and most of them actually come from the west side of the state.

In addition to making cider, they also have their own on-site bakery where all the doughnuts and pies are made from scratch every single day. Katherine worked previously as a food technician and worked very hard at developing the perfect doughnut recipe so that they would be light and fluffy. "We're very proud of our doughnuts," Richard says. "We get a lot of compliments on them." The doughnuts have that cakey density with the crispy fried edges, the perfect doughnut to be washed down with some strong apple cider. They also hand-peel their own apples for their apple pies and made all the dough from scratch. Katherine actually wrote a cookbook (which was featured on The Food Network along with the Mill in 2009) called The Dexter Cider Mill Apple Cookbook, which is going for up to $115 on Amazon but is available at the Mill for only $18. 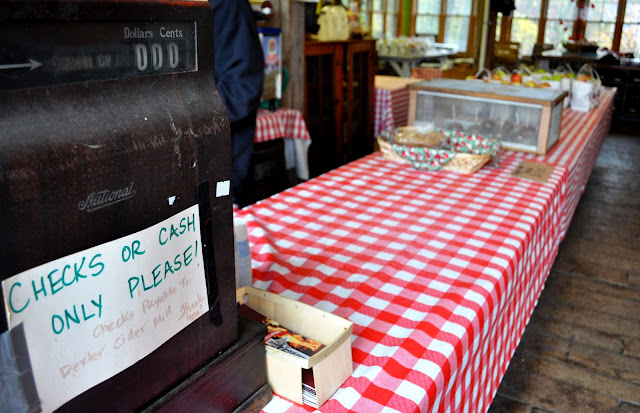 They also carry a variety of Michigan-made products in the store, everything from Michigan honeycomb and maple syrup to more unique items like boiled cider. The store itself has that country general store feel, which is really the ultimate appeal of the Dexter Cider Mill - seated next to the rushing Huron River in an old barn just outside of the charming small country town of Dexter, the Dexter Cider Mill offers the kind of old world countryside, quaint small-town Americana experience that really is very much a regional thing, and for many of Richard's customers it's an experience they've never had before in their lives.

With the University of Michigan in Ann Arbor being so close, Richard will see curious students coming in from China, Finland, Russia and Africa, who have never in their lives had this kind of old-fashioned Midwestern Americana experience. He loves being able to give them this experience, and show them the process of making cider and connect different cultures to local farming traditions. "It’s a way for me to connect with people and experience other cultures and have other cultures see this way of life," he says. "I think that’s really cool." 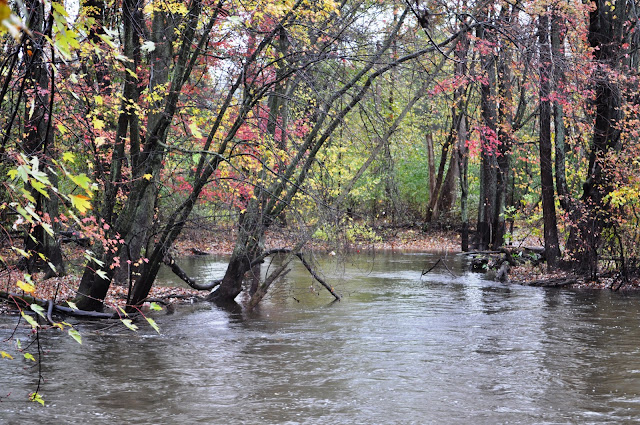 Because of their proximity to U-M, Dexter Cider Mill has an opportunity to connect with other cultures and educate people from all over the world that other cider mills just don't have. And while they aren't sitting on sprawling orchards, their riverside location also provides a unique, serene setting. (For the full experience, drive along Huron River Rd. back to Ann Arbor to catch the freeways - it's a beautiful drive down a curving road that winds through the country alongside the Huron River. The trees, only just now starting to lose their leaves, provide a canopy of color. You'll also pass two Metroparks along the way, which provide great opportunities for hiking, kayaking, and scenic picture-taking.)

The Dexter Cider Mill will be open through Thanksgiving weekend. Their season is 12 weeks long, and right now they are starting the "late season," which means the sweeter cider most people like best (the later in the season, the sweeter the apples).

Because the cider mill experience is something that's only available once a year for a very short time, people around here tend to have a tremendous emotional attachment to its nostalgic value. For Richard, it was a matter of taking that nostalgia and transforming it into the realization of a life-long dream, and a way to truly enjoy "retirement." "It's a lot of fun," he says. "There's never a dull moment!"