Welcome to Beerie, your weekly beer. Here we will discuss things about beer -- beer styles, breweries, beercations, beers of interest and more. Got a tip, suggestion or a question you desperately want answered? Beer me. 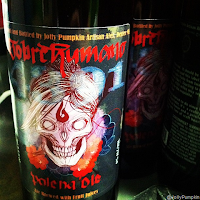 AUGUST 2, 2012 Master Brewer and Helluva Bloke: Mike Hall of Northern Michigan's Northern United
A med student, a sculptor, a carpenter and a Master Brewer walk into a bar ... all of them are Mike Hall. Currently overseeing the North Peak Brewing Company and Civilized Spirits operations, Hall globe-trotted his way to northern Michigan and has some great stories and big plans. “People say, ‘I want to be into extreme brewing.’ So try brewing all day with a razor blade in your mouth, THAT’S extreme. Just because you put too many hops in doesn’t make it extreme, it’s just stupid.” 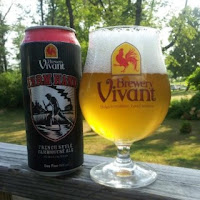 JULY 17, 2012 Good Morning Saison
It sounds fancy and French, but the subtle saison might just be the perfect summer beer. 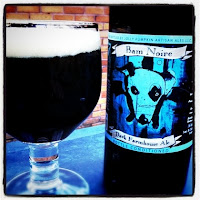 JULY 10, 2012 Summer Sessions
All hail session ales! The American craft brewing industry has fallen into the trap of bigger better faster stronger: MORE hops, MORE alcohol. But not every beer you drink has to be a hoppy cock-punch with a double-digit ABV. This summer discover the joys of the subtle session beer: light, refreshing, lower in alcohol for long-term drinking and a craft unto itself that is unfortunately overlooked in the cultish fervor over palate-killing imperial showoffery. Join the session revolution! 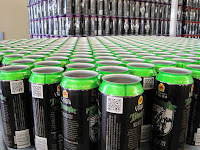 JUNE 26, 2012 Because We Can Can Can
A Harvard-educated economics reporter with HuffPo assesses that the recent increase in canned beer sales is directly correlated to a "sluggish" economy based on comparative data from 2003-2006. What she fails to account for are a host of other contributing variables that make this less of a simple case of X = Y. For reasons of efficiency over economy, canned beer -- like screw-top wine bottles -- is the future, and craft breweries are leading the charge.
Email ThisBlogThis!Share to TwitterShare to FacebookShare to Pinterest