Some say a picture is worth a thousand words. I don't feel like writing a thousand words which is why I'm choosing to share my experience at Beer Fest with images instead.

The Michigan Brewers Guild's Fall Beer Festival at Eastern Market -- the endcap event to the second annual Detroit Beer Week -- was a huge success. Tickets sold out the day before and the day itself was perfect--warm, overcast with only the tiniest bit of briefly-lived drizzle (and by then it was towards the end of the day so most of us barely even noticed, thinking it probably just the backsplash of hundreds of spilled beers misting into the air).

Some quick thoughts: I didn't get there until 2, thinking it ended at 5 BUT...it ended at 6. My whole theory of "you can do A LOT of damage in 3 hours" was indeed correct but poorly-timed. Probably didn't need those extra 45 minutes of drinking (which is as long as I lasted until I commanded - COMMANDED - my group go to Supino). Note to self: actually look at the event schedule next year.

More thoughts: I wish I had not sacrificed my beer menu to the port-a-john. I would really like to share with you the names of some of the great beers I had but to try to do so from memory when I can barely tell you which breweries I had visited by the end much less which beers I drank throughout would make me feel bad about myself.

However, I do recall that the Wild One from Bell's was the Best in Show. A blend of 20 different batches of brown ale and wheat wort fermented in oak wine barrels, this is a limited release sour they tap only at festivals and I almost hate to admit it but it puts most of Jolly Pumpkin's highly-lauded sours to shame. But that could be the dozen or so beers I had before that talking.

This year was kind of like a Halloween party for beer geeks. (Scroll down to the pics; you'll see.)

I also owe the Ian formerly known as Ian 2 and now known as Ian The Second One I Met an apology. I shall henceforth refer to you by your initials, IDRG. (Put a space between the first two letters and a "u" between the last two. Thaaaaare it is.) 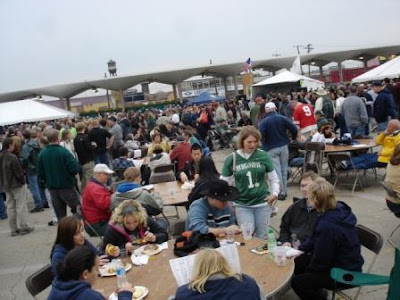 Look at how Beer Fest brings people together: a chick in an MSU jersey and a dude in a cowboy hat. I mean, why not? 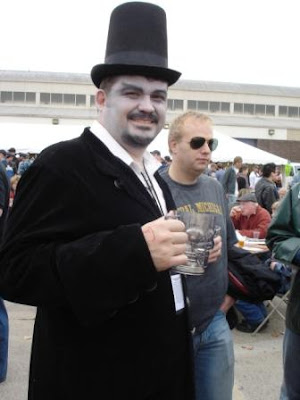 Brains? *spit* This zombie thirsts only for beer. 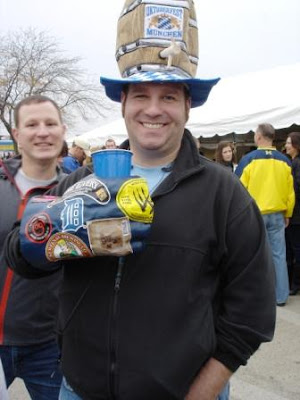 I'm not sure what utility the plaster glove provides, but it sure does look cool. 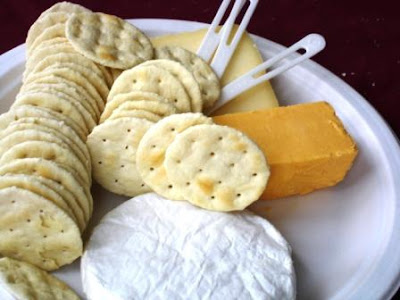 Over in the food stands Traffic Jam & Snug was giving out whole wheels of cheese. 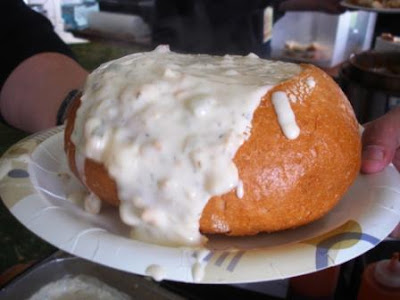 Clam chowder lava from Detroit Beer Co. I think. Or whoever was next to them. 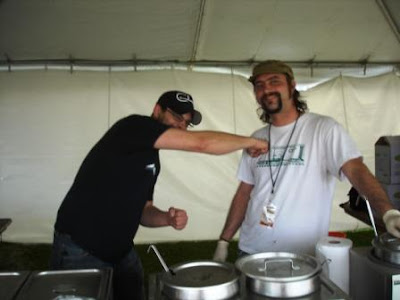 Anthony and Dave from Foran's. Two reasons I hang out there. 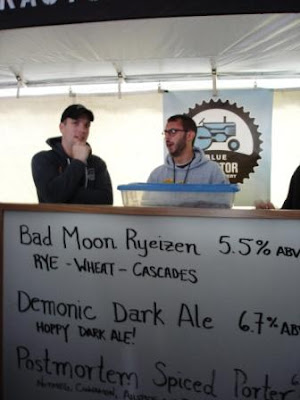 The Postmortem Spiced Porter was awesome. I think. 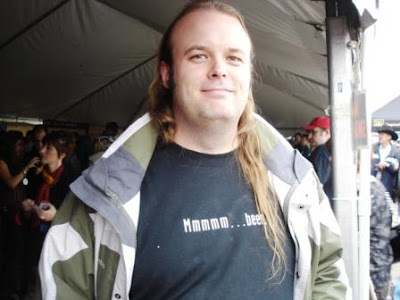 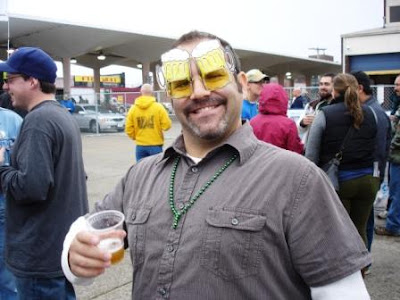 This just needed to be photographed and you all needed to see it. Not once... 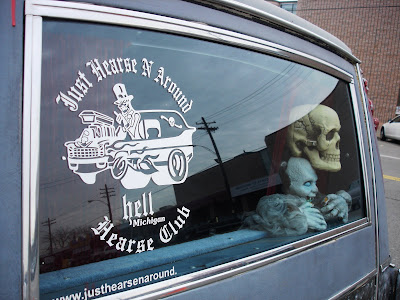 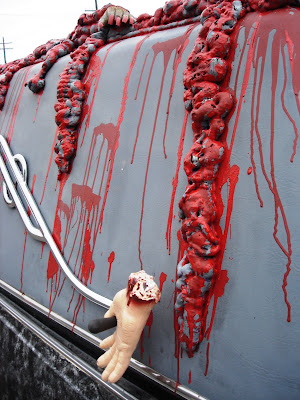 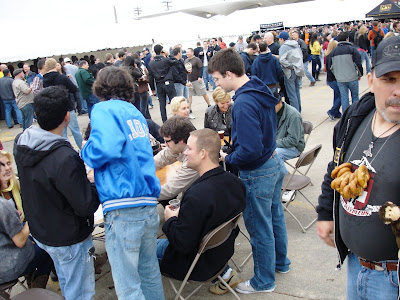 Bottom right: the pretzel necklace - a fashion "do" at Beer Fest. 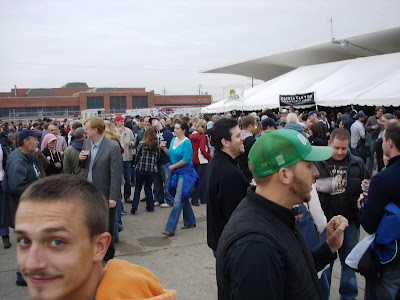 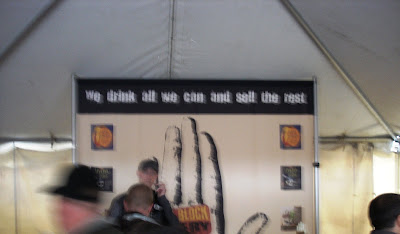 So this was getting near the end of the day. The blurriness of this photo is a nice representation of the blurriness of my vision. But I did think the sign was funny. "We drink all we can and sell the rest."

Okay I'm done with this now. I'll do more word-writey kind of stuff later. Buh-bye.
Posted by Unknown
Email ThisBlogThis!Share to TwitterShare to FacebookShare to Pinterest