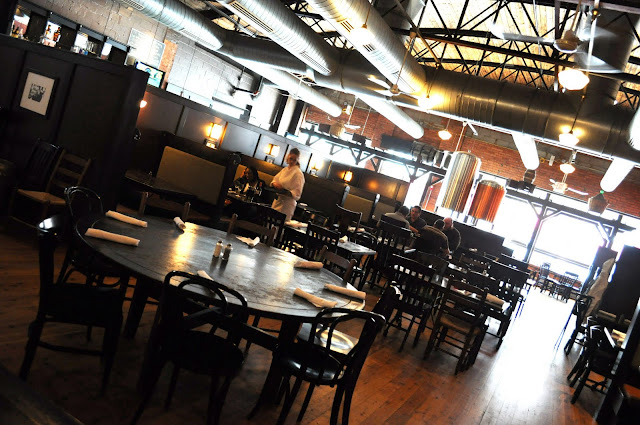 Chef Robert Young doesn't want his picture taken. Why? "Because my face is blotchy and I look fat in pictures."

Robert is the Executive Chef who oversees operations of the four distinctly different entities that make up the Bastone complex in Royal Oak: Bastone Brewery, Vinotecca, Cafe Habana, and Commune. Originally from the U.K., Robert has worked in kitchens since he was 14 and has been with Bastone et.al. for a year and a half now. And what he may lack in photogenic finesse he makes up for in menu-management prowess: most chefs have a big enough job managing one restaurant; Robert runs three (plus a lounge).


The three restaurants are as different in theme and identity as any three randomly-selected restaurants can possibly be. "It's funny 'cuz you'll see people rip me apart on Yelp for something they had at Bastone then praise me a few weeks later for something they had at Cafe Habana, not knowing it's the same food, same kitchen, same cooks and same chef behind it all," he laughs. (Robert has a very dry Welsh wit, which I'm not entirely sure is inherently Welshian but is very no-bullshit and I'd like to think of that as a trait indicative of his native land. Totally the kind of guy you'd want to spend several hours in a pub with, anyway.)

Bastone, which was the first of the restaurants to open, is the Belgian-American brasserie heavy with German and French influences, furthering the overall Belgian theme constructed around Master Brewer Rockne van Meter's multiple award-winning Belgian-style beers."Rockne may be the most award-winning brewer in Michigan," says Managing Partner David Ritchie. "He's taken about 75 in the last three years, and these are international blind-tasting awards, the biggest tastings in the world." This includes a gold medal at last year's Great American Beer Festival for the Belgian Tripple, a very specific style of beer that's time-intensive and difficult to brew. "He got the gold medal for the best Belgian beer in the country, so when we say we're a Belgian brewpub we back that up with the best Belgian beer." Ritchie hails Rockne as a genius (and he's not the first person I've heard refer to him as such - the local beer geeks love this guy). "We're really proud that we're not just a little brewpub on the corner of Royal Oak; people all over the world have heard of us even if they've never tasted our beer." 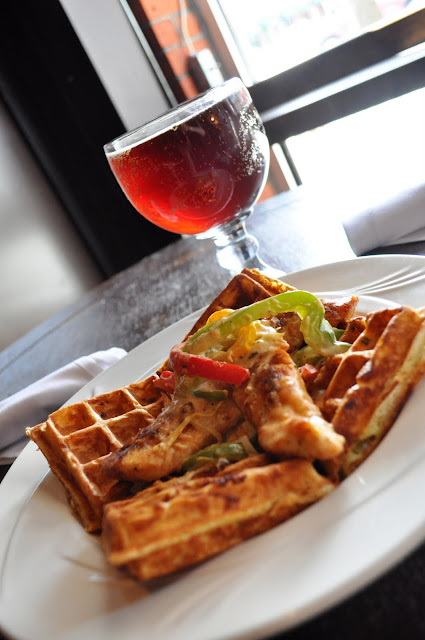 But an award-winning beer needs exceptional food to pair with it, and that's where Robert comes in. The menu at Bastone is full of beer-friendly Belgian-inspired foods, including seven different flavors of award-winning twice-fried pommes frites (served, appropriately, with mayonnaise), moules (mussels) in three different rich and aromatic preparations, and a savory "Leuven Waffle" topped with pan-seared chicken, leeks and bell peppers in a sour cream and white wine sauce. And even with all of these options, their grilled sirloin burger with pommes frites and beer is their most popular combination - top it off with gourmet items like smoked bacon, smoked gouda, or truffled wild mushrooms and it's a far cry from your basic boring burger. The food isn't what you might call "light," but then again beer-friendly food usually isn't. (Still, even Robert reels at the amount of heavy cream his kitchen goes through on a weekly basis.) 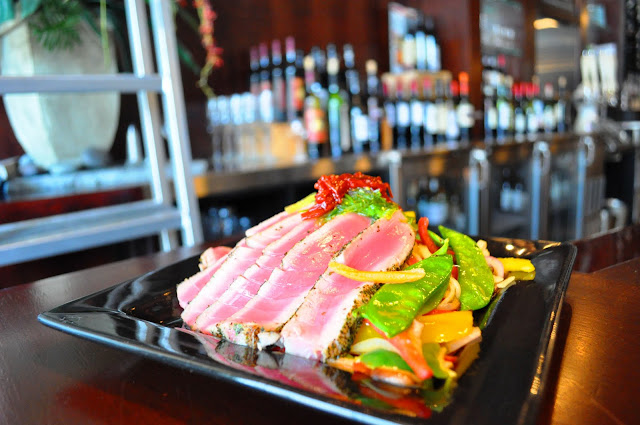 Next door, Vinotecca is the worldly wine bar serving wine-friendly global cuisine. The menu used to be primarily small plates but Robert has since shifted it more towards full entrees. They serve everything from paella and gourmet pizza to seared tuna and carpaccio. Most notably they offer a create-your-own cheese and charcuterie board featuring an extensive selection of cured meats, imported cheeses, olives and spreads. The intention with Vinotecca is to source as much locally as possible.  "The menu here changes every 2-3 weeks so we have a lot of leeway to do that," Robert says. "It stops me from being stagnant cooking the same things over and over." 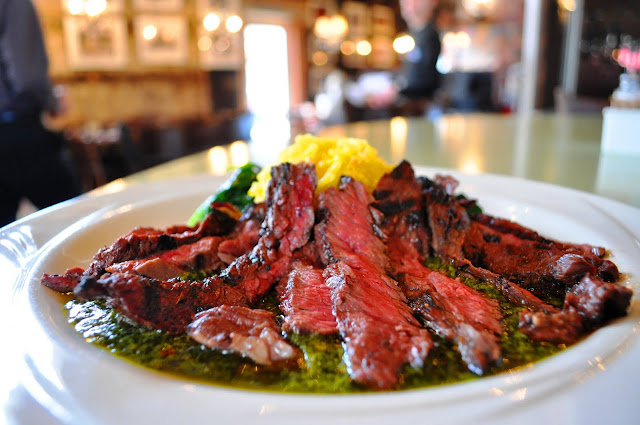 Behind Bastone in Cafe Habana is where he really gets to spice things up - literally. Cafe Habana is a Latin-Cuban-fusion restaurant serving lunch and dinner, as well as brunch on weekends. They serve strong Cuban coffee, fruity Cuban milkshakes, meaty Cuban sandwiches on Cuban bread (which is a heavy, dense bread made with lard), but their by-far most popular item is the decidedly less Cuban Carne Asada - grilled hanger steak served with yellow rice and sauteed greens, with their incomparable chimichurri sauce (a green sauce with an olive oil, garlic and parsley base, packed full of flavor and so outstanding you'll want to do shots of it). "We opened two other locations based on that dish," Robert jokes. Their signature Volcanic Mojitos, made with mango nectar and pomegranate liquor, are also the BEST in town. 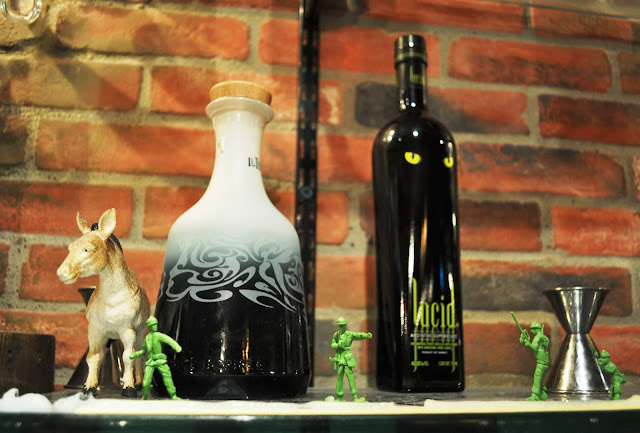 Downstairs from Bastone is Commune, a turn-of-the-century Parisian-themed lounge formerly known as Cinq, though it isn't even recognizable from its former incarnation. With semi-secluded solid oak enclaves, ornate chandeliers, antique mirror frames and sheer crimson curtains, Commune is Royal Oak by way of Montmarte, an old-world absinthe den (with a full selection of absinte liqueurs served properly with flame and sugar cube). The limited menu is basic American bar fare but it's rare for anyone to eat here - this is a drinking kind of place. 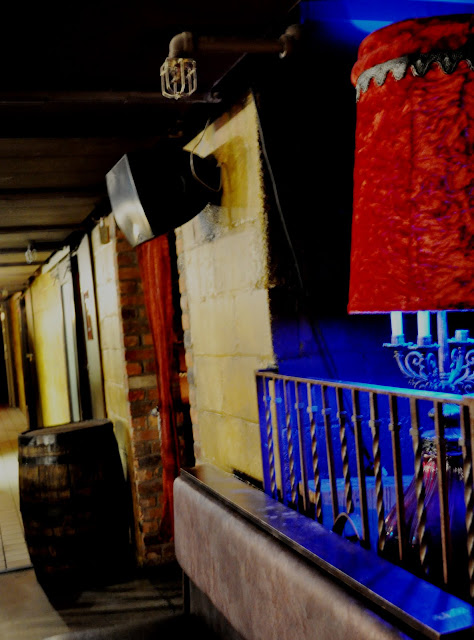 With four different businesses under one roof (and all overseen by one chef), you might think it would be hard to keep them all separate enough to have their own unique identities. This is where the Bastone complex really shines. "People come here just for the beer or just for the wine," Ritchie says, "but the most interesting thing is that there's one chef and one management staff and we have three restaurants and a nightclub ... You could shut them all off from each other and not even know [they're affiliated]; they're all totally different - different uniforms, different music, different food."

Each individual restaurant is centered around a specific kind of food and drink which forges its unique identity, whether that's Belgian beer and burgers, wine and cheese, Cuban cuisine and cocktails, or back-alley  absinthe.

For Robert, the biggest challenge of his job also helps keep it manageable. With three high-volume restaurants all operating out of the same kitchen (and with shared food costs), Robert has to be rather savvy in his menu planning. "The most important thing to me is cross-utilization of the product," he explains. "I try to multi-use as many things as possible without getting too many products in the building. You can use the same item but put a different twist on it to make it suited to the region." Brussels, Paris, Napa, Havana, and all from a guy from Wales. Whatever you desire, it's all here under one roof.