[EID Feature] The World of the Cicerone


I met wife and husband Annette May and Mike Bardallis last year during Detroit Beer Week. Or maybe it was two years ago. There's usually a lot of beer involved sooooooo ... anyway, I met them, it was Beer Week, we drank and had good times.

Annette is a beer goddess and also a source of inspiration to me; Mike is an engineer by day and LEGIT home brewer by night (his beers could easily stack against many commercial breweries), but with all due respect to him is not, in fact, a beer goddess. Both are Certified Cicerones, and she was the first female to earn the title.

With beer on the brain all this week and last, I decided to contact Annette and talk to her more about the Cicerone program. The Cicerone program was only recently developed in 2007, and was designed by respected brewer, author and beer specialist Ray Daniels to elevate the position of craft beer in a wine connoisseur's world. Known colloquially as "beer sommelier" (at least until the term "Cicerone" starts building its own respected name recognition), the Cicerone program offers three increasingly difficult levels of professional designation: Certified Beer Server, Certified Cicerone and Master Cicerone (there are currently over 5,000 Certified Beer Servers, 210 Certified Cicerones, and only 3 Master Cicerones in the world). 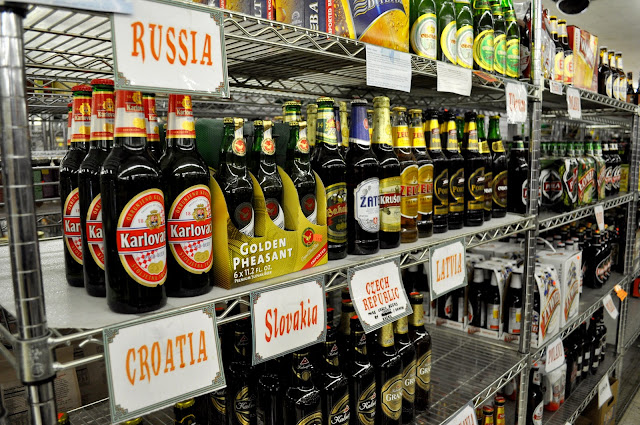 Daniels wanted to design a system that would test and certify beer experts - everyone from servers to beverage directors to home brewers - with the same rigor and professionalism as Certified Sommelier exams. Before the Cicerone program, there was no designated standard by which the beer community's knowledge and expertise were tested and credited. There are some copycat programs of the Cicerone program now, and there is still no broadly-accepted beer testing standard, but the Cicerone program is known as the most advanced and difficult beer education/certification program in the world.

Students of the Cicerone program learn about beer storage, sales and service; beer styles and culture; beer tasting and flavors; brewing ingredients and processes; and pairing beer with food. Much like a Sommelier, a Cicerone must have a tremendous command of knowledge - from the history and artistry of beer even to proper stemware (oh yes, there is such a thing - beer is a lot more complicated and advanced than most people realize). 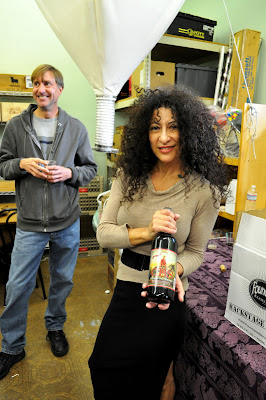 When I first really started getting into craft beer culture I immediately felt like I had discovered My People. Beer people are just ... different. They're fun and wacky and cool and welcoming: case in point, Annette and Mike. So with my own burgeoning beer geekiness and a big fat dangling question mark still hanging over the Sphinxian riddle "What do you want to do with your life," I thought maybe I should learn more about this Cicerone program. I emailed Annette and she invited me over to Merchant's Fine Wine in Dearborn, where she works as the Beer Manager, for a Saturday raffle drawing of Founder's Canadian Breakfast Stout (CBS).

CBS is currently the most sought-after beer in the country. An extremely limited-release beer from one of the top craft breweries in the Great Beer State of Michigan (and probably among the top in the country), 750 ml bottles are selling for $45+ in the few restaurants that actually have some, and they're going for upwards of $100 on eBay (retail runs around $18.99). Annette gathers up some of her top customers for a raffle; the losers leave dejected, despondent; the winners bow down before the Precious.


Afterwards Annette invites me back to her and Mike's home for some cheese and beer so we can talk more about her and the Cicerone program. And this is what I love about beer people: come into our home, be our guest, we'll make sure you're well-fed and -watered and we welcome you to come back soon for more! Like a kind couple taking pity on a shy but curious tourist, they welcome me into their world.

Annette and Mike serve up some delish artisanal cheeses and sample after glorious sample of Mike's home brews. And then we got to talking. I was fascinated; I wanted to hear Annette's whole story: how she got to be a Cicerone, how she got into beer to begin with ... I thought, "Here's this totally awesome, adorable woman in a beer-drinkin' man's world who could so easily be a mentor for me, I'M NOT WORTHY."

Her story was even more inspiring than I could have imagined. Turns out, Annette was never a drinker when she was younger. In fact, she knew nothing of booze or bars until she was in her early 30s. Originally from Australia, Annette moved to Chicago with her Australian husband in 1991, after he insisted on how badly he wanted to live in the States (she wasn't quite so enthusiastic; she had her sights set on Europe). She was a Registered Nurse and worked in that position under her work visa. She immediately fell in love with Chicago. Six months later her husband, who so badly wanted to live in the States before, decided he wanted to go back to Australia. He left; she stayed.

When her work visa expired, she figured she would stay in the country while waiting for a green card (not realizing it was a process that would take over a decade). She had to work cash jobs in order to survive, and ended up at a dive bar in Chicago that happened to serve craft beer (and was in fact one of the first bars in Chicago that did). Prior to working here she didn't know how to mix a drink, but she learned. Then she figured she needed to learn about the beer too, so she did, and she liked it. She would later end up at infamous Chicago beer bar the Map Room, becoming more and more involved with the beer community, attending home brewers' events (since many of them were her customers and friends), and eventually working for an importer. 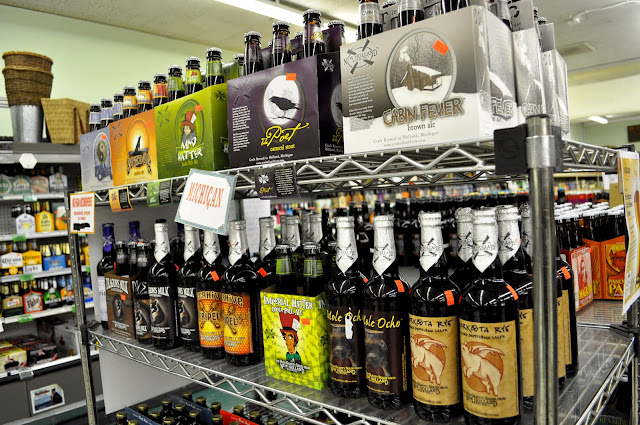 More than 10 years later, she finally decided she had enough of waiting on a green card that seemed like it was never going to come. She put her notice in at her job, even had a replacement in line, booked her ticket home to Australia and was planning on returning to nursing. And that's when she met Mike.

Mike was a metro Detroit-based home brewer all this time and would attend the larger home brewing events that she would also be at. Their paths had crossed many times over the years, but they had never actually met. When they finally did at a beer conference, it was instant - they were drawn to each other like electricity to water. And yet in six months she was supposed to leave for Australia and wouldn't be allowed back in the country for ten years as soon as she did so.

She stayed. They married in 2004 and they've been blissfully, beerfully happy ever since (and it's obvious in the way they look at each other and how playful they are together). She moved with him to metro Detroit where she then got her job at Merchant's, and when their friend Ray Daniels approached them about his idea for a Cicerone program, they loved it and got right on board. In 2008, they both sat the second round of examinations ever offered and became Certified Cicerones. And now they're here, with me, laughing as they recount their story.