You know how the only thing that could possibly make Jet’s Pizza better is if it came with beer? There is a magical place where that dream is a reality, and that magical place is in Chelsea, Michigan.

The Jet’s Pizza in Chelsea originally added their “Jet’s Sportsroom” full service restaurant two years ago. The Sportsroom serves all Jet’s menu items but in a restaurant/sports bar setting – booths, tables, a bar, servers, the whole works. About a year and a half ago, they were approved for a beer-only liquor license (and wine, but meh) and started serving beer with their pizza. But not just ANY beer: craft beer. And not just ANY craft beer: they’ve got 21 taps with 50 more labels by the bottle and an emphasis on Michigan brews.

After hearing rumors of an Arbor Brewing tap takeover happening next Wednesday, and as a long-time devotee of Jet’s Pizza (and also hi Michigan beer, are you new here?), I simply HAD to investigate this for myself. I’m a big believer in “If it sounds too good to be true, it is,” and, well, this just sounded TOO good. Driving down Main Street through downtown Chelsea, Jet’s Sportsroom appears like a shimmering mirage just past the train tracks. (Or maybe that was the optical illusion effect of the heat radiating off the hot asphalt parking lot. Either way.) YES. YES, IT IS REAL. IT IS A REAL THING. 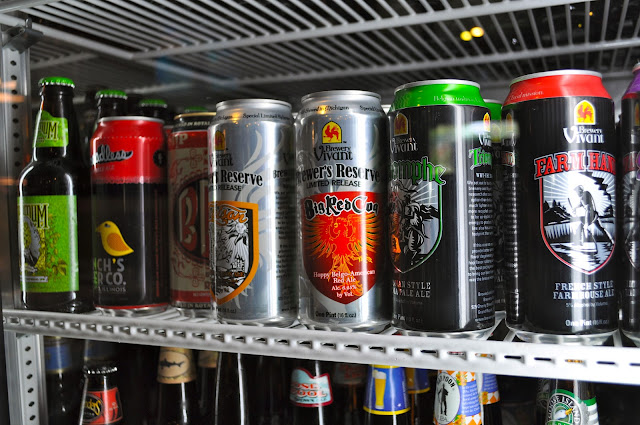 And it’s also the only one of its kind in the country. Jet’s corporate viewed this location as sort of a prototype and as it stands there are no further plans to transition any of the 260-or-so Jet’s Pizzas across the country or model any of the new stores (opening at a rate of about one per week) after this location. So not only is it the answer to every pizza and beer lovers’ prayers, it is THE ONLY PLACE LIKE IT IN THE WORLD. (I mean, other places serve pizza and beer, this is hardly anything new … but JET’S pizza and MICHIGAN beer? It’s like when those Taco Bell/Pizza Hut combos started opening. Like, holy shit, how does this not exist on every corner?)

Partners Joel Northam, Jason Povlich and Jason Bendinelli are all craft beer fans. Together they own four Jet’s franchises (the Chelsea location and four more in Toledo) as well as Back to the Roots, a sushi restaurant also in Chelsea. When they expanded their Jet’s carry-out to a full restaurant in the empty space that just so happened to be next door, they wanted to created a kind of comfortable community space for everyone to enjoy. “We realized that Chelsea is a small town,” Northam says. “We wanted to do something to bring the community together. It would be nothing to see the mayor come in here for dinner; we just wanted to create that sense of community.” 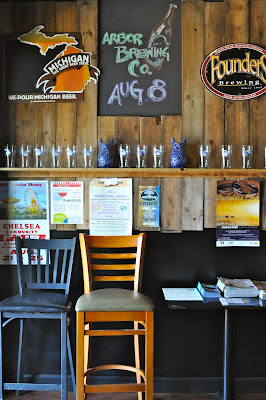 As business owners, they are known for being very passionate about their community and they try to support it in any way they can (Back to the Roots helps fund a number of different philanthropic nonprofit organizations, including the Asha House, a home for neglected and abandoned children). The decision to carry craft beer was as much a decision for the community as it was for themselves. “Jet’s is a Michigan corporation,” Northam says. “We want to feature as much of Michigan as we can here and the best way to do that is with Michigan beer, being the great beer state that we are.” While they still carry the macros for those who just can’t be converted (one day…), they also have an ample selection of Michigan (and some non-Michigan) craft beers from the likes of Founders, Brewery Vivant, Atwater, Arbor, MillKing It, New Holland and more. And now they’re hosting regular beer events.

Next Wednesday, August 8, Jet’s Sportsroom is hosting an Arbor Brewing Company VIP dinner and tap takeover from 6 p.m. to close. From 6-8 p.m., Executive Chef James Woodward from Back to the Roots, who was previously the Executive Chef for the Ritz Carlton, will prepare a four-course dinner with a beer pairing for each course. Guests will get a beer for the “reception,” then four 6-oz. pours during the dinner … all for a $25. TWENTY FIVE BUCKS, because that value actually needs to be spelled out. Arbor Brewing owner Matt Greff will be on hand to discuss the beers, then afterwards it becomes an Arbor Brewing tap takeover with 12 different Arbor beers including Sacred Cow, Ypsi Gypsi, Ypsi Jack, Fat Abbott, Sodibo (Arbor’s stellar sour), plus a firkin of Imperial Rye. 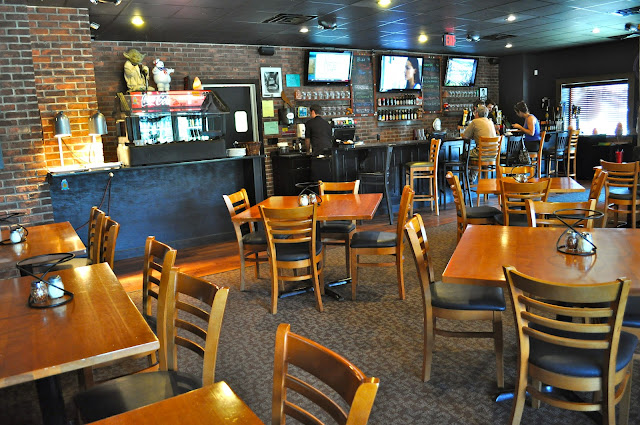 These beer dinners will become more frequent, with Founders hosting one on October 3 and Bell’s in November. After that they hope for it to be a regular monthly occurrence. In the meantime, Jet’s Sportsroom has built a very strong relationship with their suppliers and being the biggest craft beer bar in Chelsea they are able to get their hands on some serious labels. Right now they’re still sitting on bottles of Founders' Frangelic Mountain, which are currently going on eBay for $50 a pop. Stop on by and enjoy a bottle in the Sportsroom for $20. (WITH JET’S PIZZA!)

The space was recently remodeled and is comfortable and just a bit nerdy – the walls are decorated with Batman and Spiderman posters, and there are ET and Yoda figures scattered about. “[All three of us partners] were born in 1976,” Northam explains. “For all the people who were born around our time these are the things they grew up with.” They also have a “76er wall” honoring their collective birth year, and a house "76er" beer from Arbor Brewing (known elsewhere as Tally Wacker). 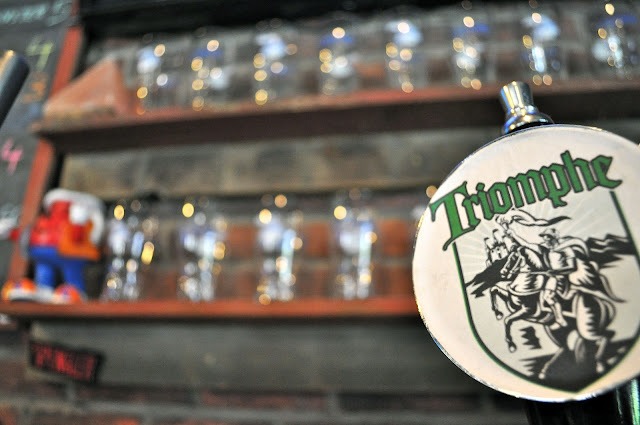 Northam says another motive for carrying craft beer is perhaps a bit selfish (but probably no one’s going to be mad about): “We think of this as our living room. We spend a lot of time here.” As craft beer drinkers themselves, it only made sense to carry the beers they want to drink. And their customers have been amenable to the cause. “We wanted to expose people [to something that maybe they don’t know about or aren’t familiar with], and they love it. I think we’ve hit a good stride.”

You guys, it’s a Jet’s Pizza that serves Michigan craft beer. I mean. Come on.