Over the years I've written about hundreds of people, places, and events hundreds (thousands?) of times for dozens of media outlets. I try to keep up with as many of them as I can, as much as one human being can possibly strive towards total omniscience, through Facebook and whatever (not so much Twitter; Twitter is stupid).

I'd be lying if I said I remembered each and every one of them. I don't even remember who I interviewed this morning. Half the time I forget the name of the person I'm interviewing halfway through the damn interview. I'm not trying to be insensitive. This is just the way it is when you're juggling multiple different media identities.

But there are still those who make a lasting impression. Big personalities (and big mouths) that usually hide equally big hearts, but you'd never know it unless you actually bothered to get to know the person, and most people don't. I get that, because I am that – all iron and venom in the front with a mushy center. Takes one to know one, I suppose. I can sniff these types out faster than a beer bar in a beer desert, and I usually take an immediate liking to them, and thus an immediate loyalty – with all of the iron and venom that my loyalty implies.

In my head I call them "Nikki's Boys." (They're usually boys. Not for any sexytime reasons; much like my grandmother, whom I was lucky enough to have all to myself for my first 25 years, I've always favored my boys.) James Rigato of the Root is one. Nikita Santches of Rock City Pies and the soon-to-open Rock City Eatery is one. And Tim Idzikowski of Detroit BBQ Company is one.

Some of you might already be familiar with Tim; he's kind of famous on my Facebook page. Probably you don't really understand Tim, and that's okay. You don't need to. If you trust me, then trust this: he's legit. He's one of Nikki's Boys. Because part of being one of Nikki's Boys isn't just being a big-hearted shitwit; it also means having real, actual, no-bullshit talent and passion beyond what a publicist would have you believe of many talk-the-talk types. (Definitely not Nikki's Boys.)

So now I'd like for you to understand Tim a little better. And I'm requiring you (REQUIRING) to pay him a visit this weekend at Pig + Whiskey, the smoky, sweltering summertime Ferndale food and booze event now in its third year. 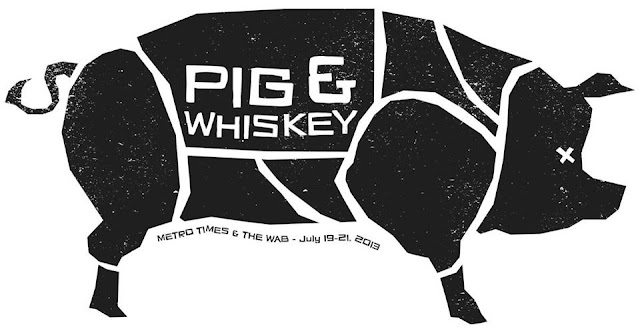 Tim and his brother Zac own Detroit BBQ Company. They started out as brothers usually do: in competition with each other. In this case, it was to see who could make the best ribs. Then, just for funsies, they bought a smoker and started making barbecue at the West Park Farmers Market in Grosse Pointe Park on Saturday mornings, picking up the occasional odd catering gig every once in awhile and figuring it would just be a cool way to make some extra cash on the side.

"We went from doing one market and getting excited to do a house party, and now we're booked for the whole summer," Tim says. "This year has been nuts. We probably turned down 15 events for August 3 [alone]."

Their one modest BBQ rig has multiplied into four. Their setup now includes two rotisseries and two commercial smokers (which allows the crew, made up of friends and family, to split apart and cater multiple events simultaneously), one of which they just got and enables them to do a full pig roast. They also just placed their order for a custom-built trailer with a 500-lb capacity commercial smoker as well as a flat top grill and cooler, making it a fully mobile restaurant. The truck will serve a small menu that will include sandwiches and all-homemade sides and will function as a roving catering business that will also have a presence at some regular spots for lunch crowds. It will be ready to roll next year, at which point they're looking to be a five-days-a-week business, and Tim will quit his job to be Mr. BBQ full time. Their goal is to have their own brick-and-mortar business in three to five years, and this trailer is a huge next step towards that.

"We started this just to make a little money on the side," he says. "In our wildest dreams we never saw it going like this. We thought we would just do one graduation party and make a couple of hundred of bucks on weekend. We just thought it would be a hobby, doing the farmers markets. Neither of us thought we would be buying whole palates of meat from supply stores. Next year will be even more nuts with the trailer."

When the BBQ ball started rolling, they expanded their reach into other farmers markets, and eventually connected with Motor City Street Eats to have a presence at some of the regular food truck rally events (including the monthly event at the Royal Oak Farmers Market). Then the catering side caught fire (delicious meat fire), and now Detroit BBQ Company regularly caters weddings, graduations, and private parties – including events for some high-profile clients like Skidmore Studio.

Detroit BBQ Co. takes much of their inspiration from Franklin Barbecue in Austin, Texas, arguably the most famous barbecue joint in the country. Much like at Franklin, their seasoning is simply salt and pepper, they slice their brisket to order, and they make just enough so they can sell out each day and never have reuse anything. "I prefer to sell out at events instead of reuse shit," Tim says, which means nothing you order has been overcooked, reheated, or sitting for longer than it should have been.

As far as it compares to the most famous barbecue joint in Detroit, well…Slows is best known for chicken and mac and cheese. Enough said. 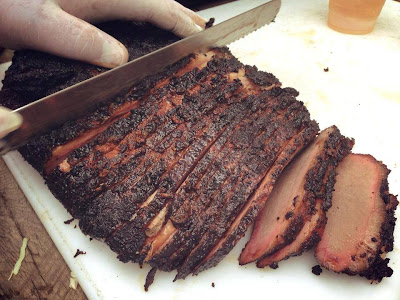 You can now find Detroit BBQ Company every Friday and Saturday at Kuhnhenn Brewing Company year-round, as well as at food truck rallies, the New Baltimore Farmers Market and occasionally still the Grosse Pointe Farmers Market, and major events like this weekend's Pig + Whiskey – Tim's favorite event of the year, the crown jewel food event of the summer, and the biggest single barbecue event in metro Detroit.

For Pig + Whiskey they'll be serving their signature meat suite: ribs, brisket, pulled pork, pulled chicken, sausage, and turkey. There won't be any sides this time because, let's face it, people don't come to Pig + Whiskey for the sides, and the boys would rather put all their energy into the meat.

"We're the only barbecue people at Pig + Whiskey three years in a row," Tim says. "That's really how we got our start." A fruitful relationship with the Metro Times has been invaluable to the fledgling BBQ company from the very beginning; they've been at Blowout, Vodka Vodka, and, of course, Pig + Whiskey. "We couldn't pay for that kind of marketing. The support from the Metro Times has been huge."

They're also partnering with Bob Perye of the Rogue Estate, who makes the kick-ass Smolder Sauce Detroit BBQ Co. usually has on hand, on a special "9 and Woodford" bourbon-based peach sauce for this year's event made with Woodford Reserve. Because it's Pig + Whiskey, after all. 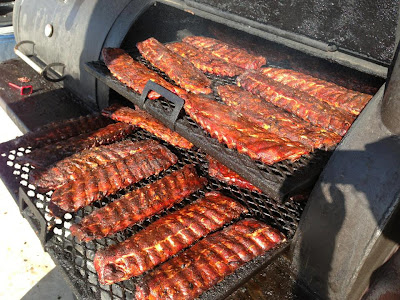 After this Detroit BBQ Company will also be at the Detroit Lions training camp, open to the public starting July 29, along with Treat Dreams. Tim says that Treat Dreams owner Scott Moloney has also been a huge supporter from the very beginning and instrumental in getting their name out. (Scott Moloney, who was a banker in his former life, used to do all of the banking for Tim's dad.)

So go visit Tim and Zac this weekend. Help them kill it. Maybe bring them a delicious bourbony beverage from Cocktail Corner as a way of saying "thank for the tasty meat." And keep an eye out for these guys – this is just the beginning for them. How do I know? Because I fucking know. 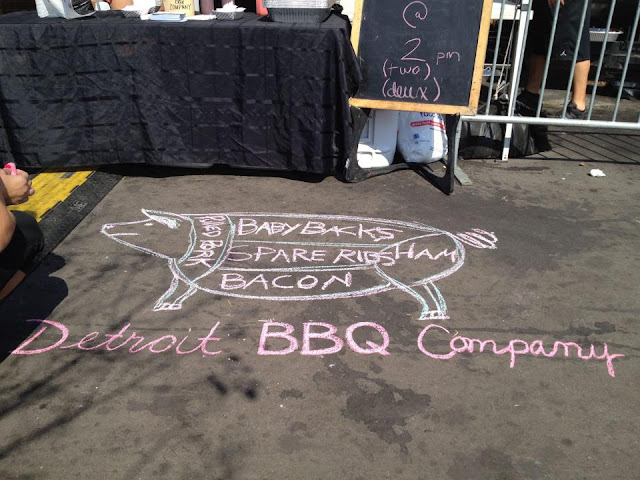