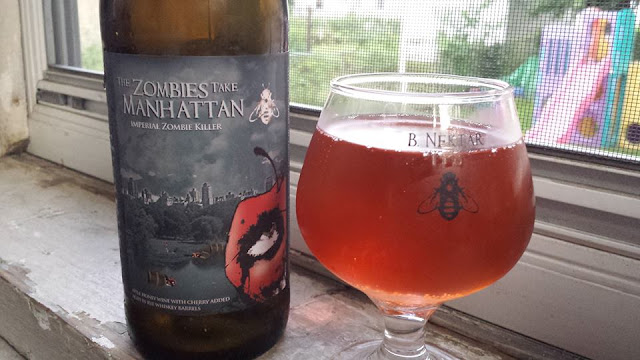 Mead Day is this Saturday, August 3. Metro Detroit is pretty much the best place in the country to be right now if you're a mead fan. But let's back this up a bit for newbies: mead is an alcoholic beverage made from fermented honey, which is ultimately what differentiates it from wine, cider, beer, and other spirits. It is believed that mead is the world's oldest alcoholic beverage, dating back to around 2000 B.C. The father of modern anthropology, Claude Levi-Strauss, stated that the invention of mead marked the passage "from nature to culture" for modern man. 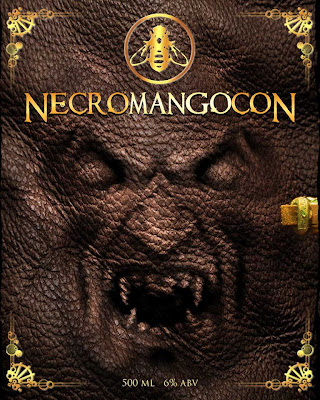 Mead carries with it this imagery of Vikings and Knights and dudes who play Dungeons and Dragons. None of that is patently untrue, but in contemporary culture mead is on track to become the country's next "IT" artisan alcoholic beverage of choice. But don't take my word for it; take Imbibe's. Craft beer is booming, artisan spirits aren't far behind it in terms of the rate of industry growth and increasing number of artisan distilleries and consumer popularity, craft ciders are taking off in apple-growing regions (including, hi, Michigan), and wine...well, wine has had its day and eventually will again.* But mead? Mead as a commercial artisan beverage is still in its infancy but if the growth of Ferndale's own B. Nektar Meadery is any indication (now in almost 20 states, including California), it's primed to EXPLODE over the next 2-5 years. Much like the craft beer and artisan spirits before it.

So, it's made from honey. Is it sweet? To quote one industry friend of mine, "No, it tastes like burgers." Yes, it's sweet. It's made from honey. But much like craft beer, mead comes in a variety of forms and flavors, from lower-ABV (like, around 6% - still high-ish by beer standards) carbonated meads to bourbon-barrel-aged bombs, traditional meads that taste like luscious liquid honeys to its dozens of variations that include cysers (made with honey and apple juice), melomels (honey and fruit), braggots (honey and malt), and pyments (honey and juice from wine grapes).

In metro Detroit alone we have meadmakers B. Nektar in Ferndale, Kuhnhenn Brewing Company and Dragonmead in Warren, Superior Lakes in Harrison Township, and the soon-to-open Schramm's Mead in Ferndale - which is to say nothing of the many other meadmakers in Michigan. This Mead Day, celebrate with Michigan-made meads. And here is how. 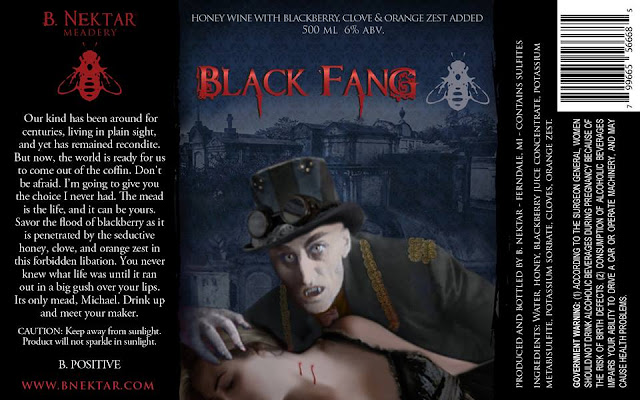 #1 2013 Summer Mead Fest at B. Nektar Meadery in Ferndale
Their first Mead Fest started with probably 100 mead nerds (merds?) standing in the parking lot of the original B. Nektar Meadery production facility in Ferndale. Since then the event has grown and packs in hundreds - thousands? - of people over two different annual festivals, one held in the late summer and now a Spring Mead Fest (2013 was the first year), with live music, several food trucks, exclusive specialty meads on tap, and the eagerly-anticipated releases of rare and limited meads. Summer Mead Fest is always held on Mead Day, and this year's is also the company's five-year anniversary. They'll be debuting the new Black Fang, a carbonated blackberry clove mead, and the Zombies Take Manhattan, a rye whiskey cask-aged Imperial Zombie Killer (their most popular mead). The popular Cherry Chipotle is also making its return at Summer Mead Fest.

With mead names and label designs that nod to geeky cult movies (from Star Wars to Army of Darkness) and playful flavors that tend much more towards craft beer than wine (like Evil Genius, the hopped and carbonated IPA-style mead, currently out of production due to availability issues with one of the ingredients), B. Nektar has a distinct appeal to the local craft beer community. So it will come as happy news when I tell you that they are currently in the process of acquiring a brewing license, which is different than their current license, so they can do more collaborations with breweries and make beer-style meads/mead-style beers. The B. Nektar Brewery will come online as soon as the state approves their license. 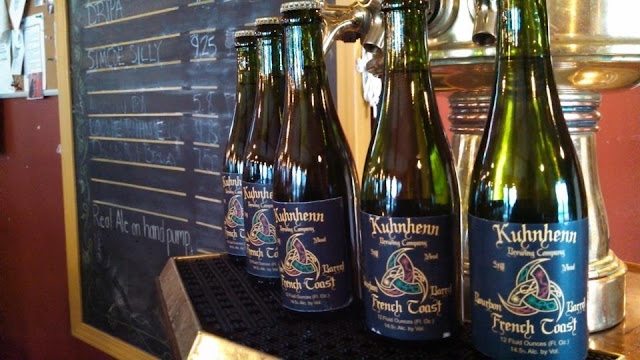 Happy news for Kuhnhenn fans: they have purchased an industrial building in Clinton Township at the corner of Groesbeck and Metro Parkway that will serve as a large-scale production facility and will also be home to a second, and much larger, tasting room. And THAT you heard here first.

#3 Dragonmead Microbrewery, Warren
I mean, it's right there in the name. This multi-time award-winning microbrewery is the most unabashed about its D+D roots with imagery that celebrates it rather than tries to downplay it. The three partners - Earl Scherbarth, Larry Channell and Bill Wrobel - started as homebrewers (and mead makers) who would throw wassail dinners (part of their own D+D backgrounds) but weren't able to find a quality mead to serve. So they started making their own. They ended up bringing their meads and beers out of the dungeon basement and into the mainstream, and are now also undergoing a major expansion that will allow them to significantly increase their brewing operations and distribution. 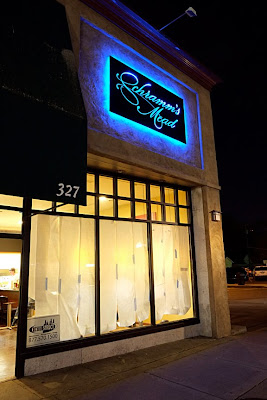 #4 Schramm's Mead, Ferndale
Okay, it's not actually open yet and you can't just GO there, but you should still be aware of it. Ken Schramm wrote the book on mead. No, but really, he wrote The Compleat Meadmaker, which is pretty much to mead what Brian Polcyn's Charcuterie was to meat. Though his new meadery and tasting room in Ferndale won't be open yet for Mead Day, he's getting close. An inspiration to meadmakers far and wide (including his new neighbors at B. Nektar, with whom he has made his own recipe Heart of Darkness, a highly sought-after limited release), he is also a co-founder of the Mazer Cup, the leading international mead competition. This guy is serious business (he even grows his own fruit for his meads, and by "grows," I more so mean "orchestrates") and I've heard the name "genius" tossed around quite a bit in reference to him. We're probably mere weeks away from his eponymous meadery opening; this is definitely one to watch for.

#5 Motor City Brew Tours Mead Day Tour
Want to check out all of the above meaderies including a sneak peek at Schramm's? Let Motor City Brew Tours bus you around to each of the above four destinations for $49.99 including a light lunch, mead samples at each stop, and transportation so you don't have to worry about driving. Your final stop is Summer Mead Fest at B. Nektar where you can choose to either sober up or go all out and call a friend or Uber to take you home.

*When it's wine's turn again the focus will be all about small-production family estate boutique wines from lesser-known growing regions. Napa? No-thankya. In fact, that's already happening, but outside of the wine world the drinking public seems to have lost interest in the industry for the time being. But, like anything, and everything, it's cyclical.
Posted by Unknown
Email ThisBlogThis!Share to TwitterShare to FacebookShare to Pinterest