The idea started when I picked up a tub of "Pub Cheese" from Trader Joe's, imagining the sharp, slightly tangy flavor of the famous Win Schuler's spreadable cheese (the Original Cheddar, of course). Alas, the Trader Joe's version paled in comparison to what I had envisioned in my head (as is the case with every single one of their cheeses I have tried; what is up with that?) - nothing beats the old brown, orange and blue when it comes to spreadable cheddar.

So when I found myself about to pass by the original Schuler's Restaurant & Pub in Marshall, MI - the place where the recipe for that wonderful cheese originated - en route to Chicago, it just felt like serendipity.

The history of Schuler's Restaurant & Pub goes back to 1909, when Albert Schuler Sr. opened a cigar store on Main Street in downtown Marshall. He soon added a bakery and a lunch counter, which became known for its 25-cent blue plate dinner special. In 1924 Albert bought the Royal Hotel and Restaurant and renamed it Schuler's. As decades passed, Schuler's became a prominent family business. They expanded to increase their restaurant space and added Winston's Pub, named after Albert's son Winston. Schuler's is now in its fourth generation of family ownership. To really put that in perspective, consider this: according to the Family Firm Institute (FFI), nearly 70% of family-owned businesses fail before reaching the second generation, 88% fail by the third, and only about 3% survive to the fourth. 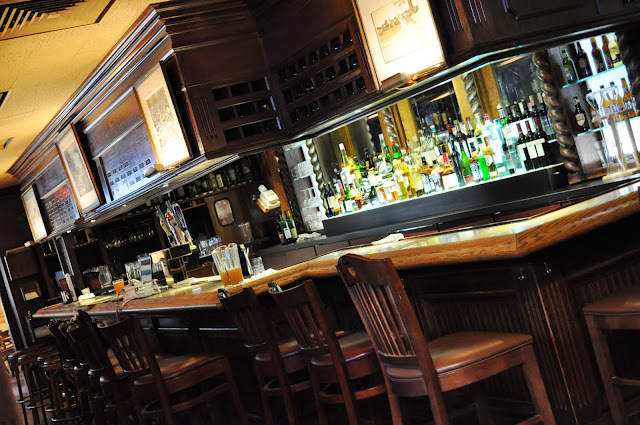 Each of the four generations have brought with them their own unique viewpoints and experiences to the restaurant that have helped keep it thriving. In 1952, "Win" (Winston) Schuler introduced the original recipe for their Bar-Scheeze, a beer and cheese spread with secret ingredients that included horseradish and Worcestershire that was originally mixed in a washing machine (using the agitator to fold the cheese into a spreadable consistency). The Bar-Scheeze name was easily trademarkable and played off their own family name. In 1968 Win's son Hans refined the secret Bar-Scheeze formula and began selling it in supermarkets. An ad in the Wall Street Journal led to mail orders and it was even served on United Airlines flights. In 1982, the name and product were sold to the Campbell Soup Company and it is still widely available in supermarkets today (often imitated, never duplicated, as is the fate of so many great things). 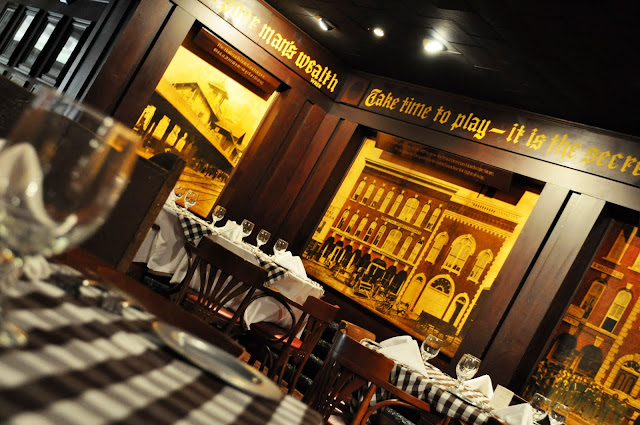 The restaurant and pub still serve a variation of the popular cheese spread called Heritage Cheese. It's a bit less robust but also healthier, and is served with their house-made breads and crackers made by Certified Master Baker Pat Dulaney (one of a limited number in the United States). Patrons can also buy bread to take home. 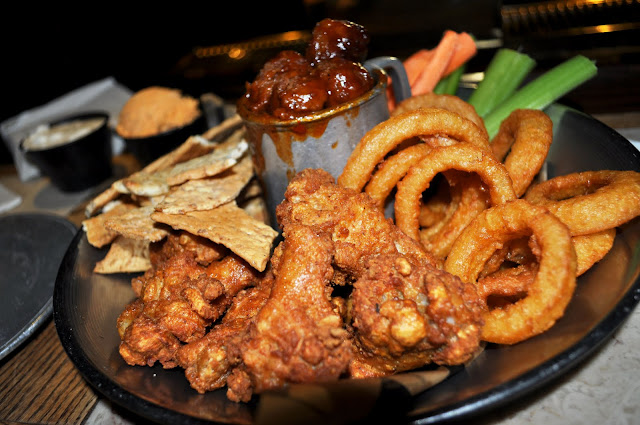 Schuler's today has a lot of the old standby menu items like Lake Superior whitefish and prime rib, but also has more updated fare like small plates of Pacific Rim Scallops. The Pub is more casual with sandwiches and salads, and the restaurant tends to be more special occasion-oriented with steaks and seafood. Signature items, aside from the Heritage Cheese, include their prime rib (in two sizes), French dip prime rib, prime rib sandwich ... you get the idea ... and also some truly fantastic barbecue meatballs. On Sundays from 11a.m.-4p.m. they host Sunday supper, with a special emphasis on comfort food items (like old-fashioned meatloaf and fried chicken with Kellogg cornflakes in the batter), for $19.50 including sides. 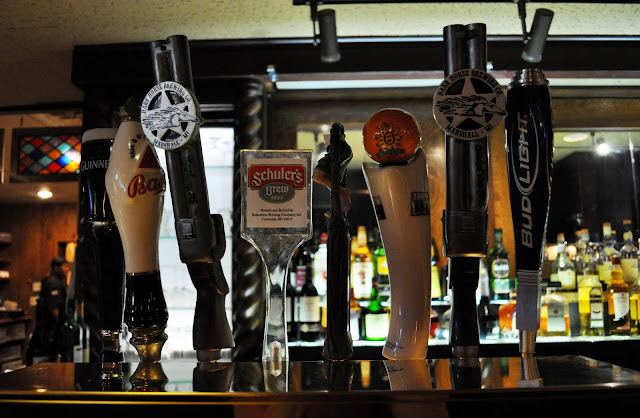 They serve beer from Marshall's own Dark Horse Brewing Co. and their own signature Schuler's Brew (made by Kalamazoo Brewing Co.). They also have a private label wine produced in California through Windsor Winery (Hans's son Larry is the family's oenophile, and he coordinated this private label wine). The Pub hosts popular wine tastings and craft beer dinners; the next wine tasting will be late fall and will tour the Paso Robles wine region of California with five paired food and wine courses for $80 per person. 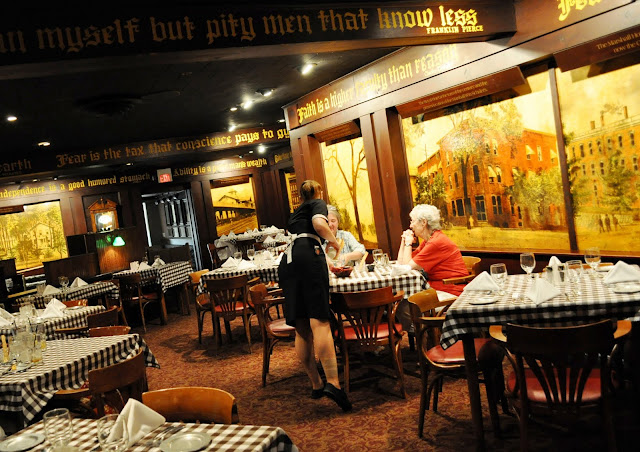 Visiting Schuler's is truly like stepping back in time. Not only does the restaurant itself look like an old-world tavern, but the historic city of Marshall - which infamously lost becoming the state capital by a single vote in state legislature (and is probably the better off for it, able to retain its quintessential small-town charm) - is filled with impeccably restored and maintained historic Victorian homes, one of the nation's largest National Historic Landmark Districts with over 850 designated historic buildings (if you're interested, the Historic Home Tour in the fall is a huge event which draws thousands of visitors annually). Inside you're met with the warmth and hospitality that seems only possible in charming small Midwestern towns, and you leave with that all-over cozy feeling you get from comfort food, sunshine and weekends in the country.

Schuler's has always been committed to this small town of Marshall, and with such honors as the Ivy Award for Excellence, a Three-Diamond AAA ranking, the "Top 100 Award" from Restaurant Business and countless other accolades, Schuler's has also put Marshall on the map as a tourist and dining destination for travelers all over the region, as well as a comfortable and friendly gathering place for the locals. After over 100 years, they're still going strong - Keith Kehlbeck, Schuler's Marketing Consultant, tells me 2010 was their best year yet.

All I can say to that is: Behold, the power of cheese.