You might recognize 8 Degrees Plato Beer Company owner Tim Costello. He has been on the national stand-up comedy circuit for the past 25 years, touring the country as well as being a home-town staple on the scene. "Twenty-five years was a long run," Tim says. "Stand-up is a lot of travel. It’s a long time on the road and away from my wife and daughter." Basically, it's a young man's game, and Tim had reached the point in his life where being a road warrior rambling from gig to gig didn't quite hold the same appeal as it once did. Tim echoes what pretty much every other working comedian says who isn't Jim Carrey or Jerry Seinfeld: people get into it because it looks fun, seems easy, and there's the promise of fame and fortune. The reality is starkly different: crappy pay, crappy hours, a constant hustle for work, and the looming panic that comes from being only as good as your next joke.

"It's very therapeutic," he adds. "You can get anything off your chest from the stage. It was something I enjoyed doing--it was a big part of me, but it's a lot different now. It's just not for me."

His last show was at Mark Ridley's Comedy Castle in February. In October, he opened 8 Degrees Plato Beer Company in Ferndale. "Where else can you try something new but Ferndale?” Tim asks. (No argument here.) "We knew if this business concept would work anywhere it would be here in Ferndale. People were actually waiting for something like this here." 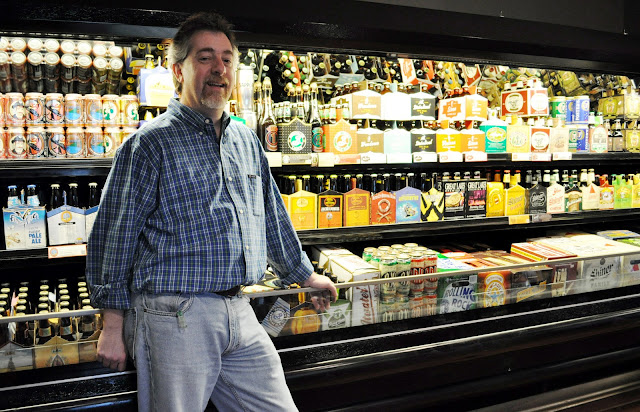 But from stand-up comedy to beer? "It's every guy’s dream to open a beer store," he says. "I've always have had an interest in beer ... when I traveled throughout the country I was always bringing home regional beers you couldn’t get here." He and his neighbors, the guys from the now-closed Tenny Street Roadhouse in Dearborn, would drink and rate the beers and tell stories--quality male bonding time, essentially. Then Tim began discovering Michigan craft beers as they really started to come into their own. "I just felt that at my age and with the Michigan beer market ... we're leading the way in so many areas of beer, we're making some really good stuff and getting away from the 'bigger is better' mentality. I thought [8 Degrees] was the perfect way to encompass those things. My concept was to deal with the little guys."

8 Degrees Plato is not just a beer store. Probably best described as a "specialty market," 8 Degrees specializes in local craft and imported beer and all the things that go best with it: cheese, charcuterie, even chocolate. You'll find an assortment of artisan cheeses and cured meats, as well as small candy makers like Cueter Candy in Grand Blanc and their own private label salsas and spreads. "All the products are very local and independent," Tim says. "You can’t do just one product and expect to do anything, you have to diversify a little bit. We're not a convenience store or party store but we do have enough products to keep people who aren’t necessarily beer drinkers happy." 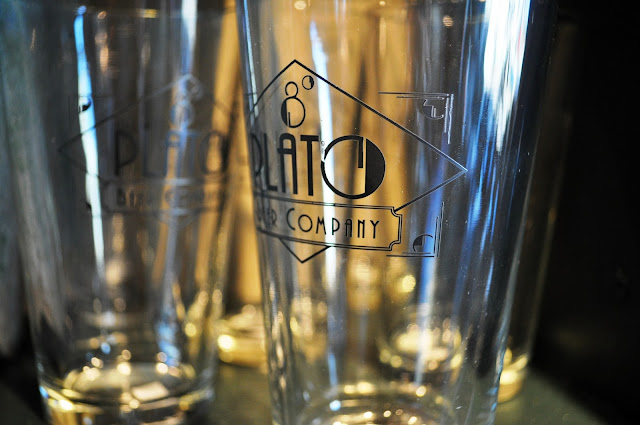 There are pint glasses and T-shirts with the 8 Degrees logo, books about beer, bracelets made with beer bottle caps from a local jewelry maker, even beer-infused handmade soaps from local soapmaker Aromaholic (the Belgian White Ale and Vanilla Porter Spice scents are amahzing). "All the products are very beer-friendly, and we're always actively searching out [locally-made pre-packaged food products] because we would much rather carry more local." Basically this is THE place for beer people and their friends.

Even the name itself is an inside nod to beer nerds. "Degrees Plato" is a measurement in beer brewing (read more here if you can make sense of it). They decided on this name because they felt it had more structure than a family name, and while it would definitely appeal to brewers and industry professionals, "for the rest of the 99% of us it’s a really great conversation starter!" 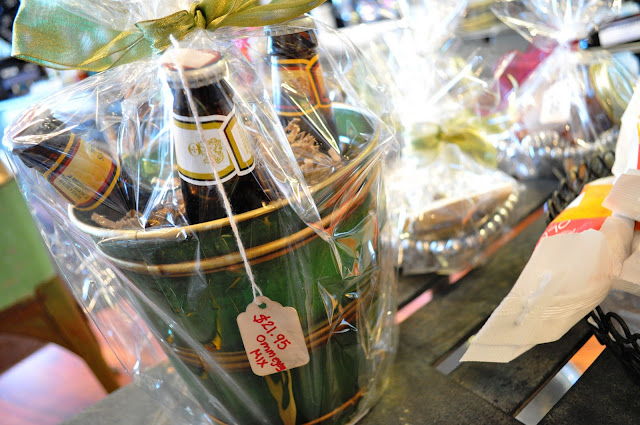 8 Degrees Plato is a great place to pick up some gifts for the beer nerd who has everything: Tim's wife Brigid puts together gift "buckets" ("Because if I put them together it would look like a guy put them together"), customizable ice buckets filled with your choices of beer and beer accompaniments. They can do small, medium or large sizes; just give them a couple of days' notice or pick from one of the pre-made buckets in the store. A "standard" bucket includes three bottles and a logo glass for around $20 (depending on the beer). One custom idea might be to do a Michigan vs. The World comparison bucket: stout for stout, sour for sour, how do Michigan's beers stack up again Belgium, France and the U.K.?

And while 8 Degrees Plato Beer Company certainly has a lot of beer-friendly foodstuffs and merchandise, their focus is first and foremost BEER. It's a small store but the inventory is growing rapidly, and if there's something special you want Tim will hunt it down for you. And like any good beer store worth its weight in malt barley, they offer the u-mix-six option: grab an empty sixer and choose six singles for your maximum sampling pleasure, plus get 15% off the mix. It's really the best way to sample new brews (because we've all been stuck with that six-pack of funky beer we decided to experiment with and paid $12 for and could barely choke down the first one). They've also got quite a nice spread of 375ml import bottles; their current selection of Christmas ales warms the cockles of my heart. (Or maybe that's the alcohol.) 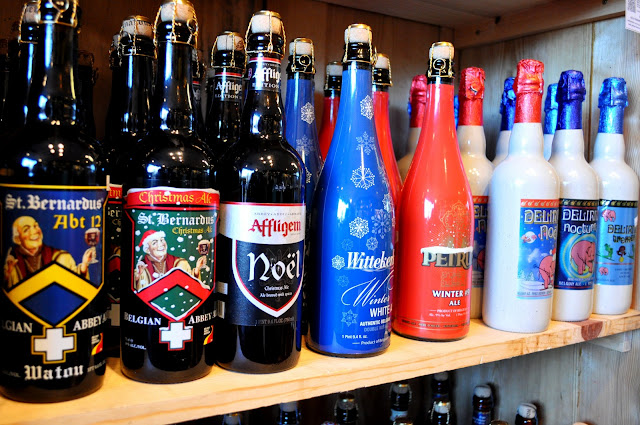 They've barely been open two full months, but 8 Degrees Plato has already made a name for itself among the craft beer-drinking populace of metro Detroit. Now the rest of you need to discover it too. Tim says running the store is actually a lot like performing stand-up: “It’s still a matter of trying to get people to come see me and give me money, now I'm just always in the same place!”