Blair Nosan grew up in West Bloomfield, where she admits she did not do a whole lot Jewishly. In college she became interested in food and agriculture, so when she began looking online for an internship opportunity on a farm, she was surprised when her Google search suggested a Jewish farm.

"I thought, 'That's the weirdest thing I've ever heard - a Jewish farm?'," Blair remembers. She applied and was accepted into their internship program, but ultimately decided "it was too weird" and didn't go. But after two more years of study and a growing passion for agriculture and sustainable food systems, she found herself interested in the Jewish farm's program once again. She got back in touch with them and they welcomed her into the program, so off she went to Connecticut. 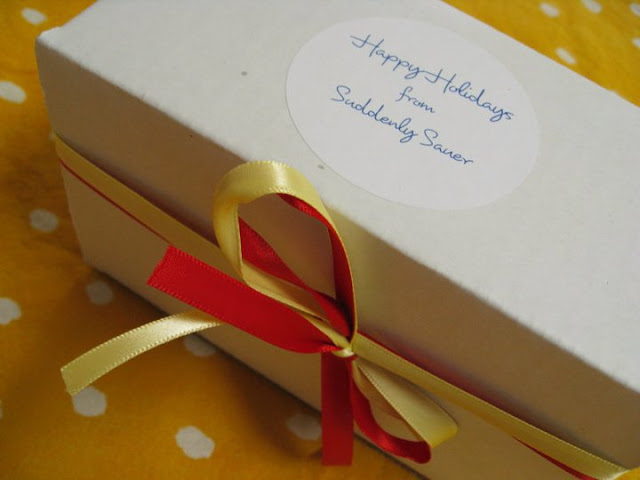 Blair was a participant in the ADAMAH: The Jewish Environmental Fellowship at the Isabella Freedman Jewish Retreat Center in Connecticut. ADAMAH is a three-month-long residential leadership training program for Jewish young adults in their twenties that integrates organic farming, sustainable living, Jewish learning, community building and contemplative spiritual practice. They also have a four-acre organic farm and commercial pickle kitchen where they ferment a variety of vegetables produced on their farm. "I loved the community a lot. I didn't want to leave after three months, so I took what was available so I could stay - which was being a pickle apprentice and working in the pickle kitchen. I figured, 'Sure, I like pickles enough, and I'd love to stick around!'"

During the time that Blair spent on the farm, she felt a connection to Judaism that she never felt while she was growing up. She began to see an interconnectedness between the food system and the community, how each interact with and inform the other, and how spirituality can play a role in all of it. She felt pulled back to Michigan, and especially Detroit. "Growing up in the suburbs, I had a very limited relationship with the city," she says. "In rebuilding my relationship to Judaism I also felt a growing connection to the city, but I also recognized that I knew nothing about it." 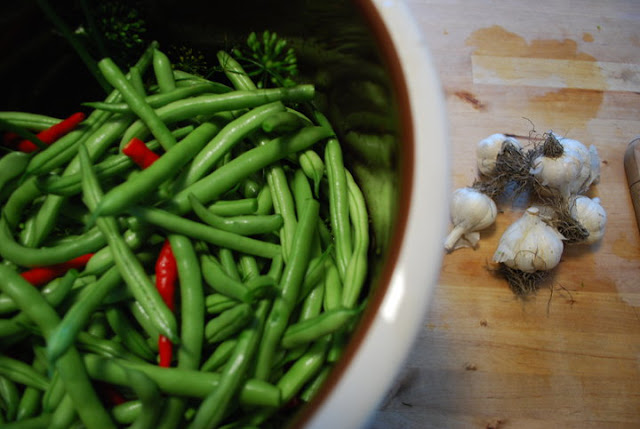 She came home to Michigan at a time when everyone was talking about local foods and sustainable food systems. "It was very apparent to me that we needed food preservation as part of our food system," she states, which was a component that seemed to be missing at the time (and a necessary one for a truly sustainable food system in a climate in which the growing season is at best eight months long). 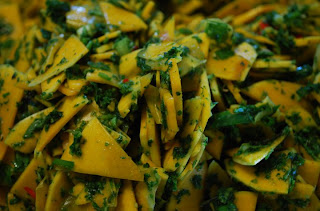 Blair joined the nonprofit environmental leadership and advocacy group Greening of Detroit as an urban agriculture apprentice, where she was able to teach some workshops on food preservation--pickling, canning, freezing and drying.  "That was the part of the work I loved the most," she says of teaching the workshops.

Finally she decided she wanted to try to have a pickle business, and so Suddenly Sauer was born. "I fell in love with pickles after [being] at ADAMAH ... it's really funny how much it has become a part of my life!" Blair makes traditional pickles, "hot head" cauliflower, "dilly beans," and kimchi, though her products are not currently available for commercial purchase (she makes them exclusively for friends and by special request). She also makes cultured dairy products like yogurt and butter. "When I was living in Connecticut I became more interested in simple staple foods we take for granted," she explains. "I have been really amazed by these ingredients, things we normally just buy. I can make my own butter; how cool is that? Having control over those things seems important to me. I think some people think I’m crazy but I like it." 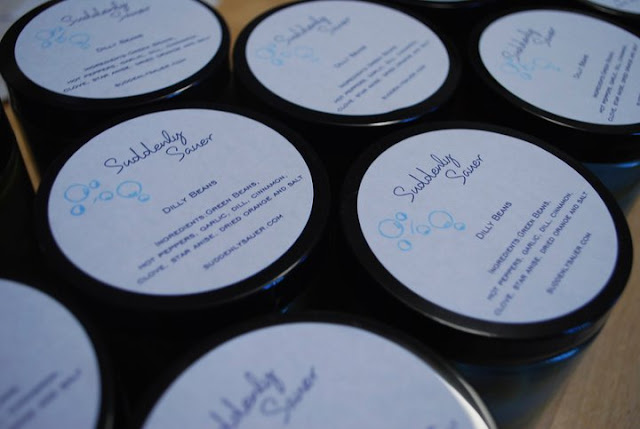 She mostly learned how to make these dairy products through experimentation once she moved back to Michigan. She bought a raw milk cow share and started making yogurt from that. "I've been making it every week for three years now and I finally feel it is as good or better than store-bought!" In learning how to make yogurt she became interested in other dairy products, and now makes her own buttermilk, butter, cream cheese, sour cream and ice cream. She will also make ice cream by special order for friends' events and teaches ice cream-making and dairy fermentation workshops. (Just call her the Fermentation Queen.) She has previously worked with Detroit Institute of Bagels on making cream cheese for events at the Downtown Synagogue, and has also partnered with Neighborhood Noodle, Hub of Detroit, and the Detroit Food Policy Council on special events.

The loosened cottage industry food laws still do not allow for the commercial distribution of fermented products not made in a commercial kitchen (the laws still regulate perishable foods), so the Suddenly Sauer brand has evolved into less of a product manufacturer and more of an educational outlet. Blair offers fermentation workshops through her synagogue and was part of an educational series through the Garden Resource Program Collaborative. She also offers a Suddenly Sauer "Pickle Club," which includes two fermentation workshops. 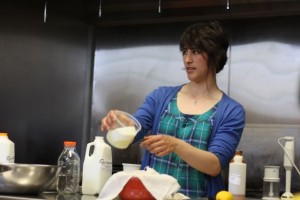 While she is very passionate about promoting preservation in our food system, her biggest enjoyment comes from teaching this passion for preservation to others. "I'm hoping to do workshops on a regular basis, but I need a kitchen to work out of and that’s been the hardest part," she explains. "I want to move towards having a more regular food program, have pickles be a part of that but have more of a focus on education. I'm interested in doing that through the synagogue so people have a space to learn and talk about local agriculture, food preservation, spirituality, and identity. Basically I want to create an education program like what I had on the farm but with a Detroit twist."

She adds that, while her workshops are not exclusive to members of the Jewish faith, her spirituality adds value to what she teaches. "[It's] not just [about] food workshops that cater to a Jewish audience, but [workshops that] are open to a wide range of people while also exploring food, history, and social values through a Jewish lens, which I felt was missing from my upbringing," Blair says. "For me, I didn’t get a lot of that in the suburbs. I didn’t feel [a strong connection to] Judaism. But this is a [unique] moment; everybody’s interested in food in right now and this could be a really cool community project." One that not only teaches and builds the Jewish community, but also connects it to a much broader community.
Posted by Unknown
Email ThisBlogThis!Share to TwitterShare to FacebookShare to Pinterest