Valentine's Day. It's meant to be a day for romance (and a nice little retail push after the six-week-long post-holiday slump), not a day for neurotic meltdowns. If you're a "we," here are some swoon-worthy date ideas (or at least not the stale old dinner-at-a-fancy-restaurant formula) to impress her, him or them (hey, who am I to judge?). Ditch the impossible-to-get reservations and try out one of these alternative 100% Detroit dates* instead. (You're welcome.) If you're a "you," buck up buttercup; you answer to no one. XOXO

Get Outdoorsy
Take advantage of the unseasonably warm weather and head over to one of the city's truest treasures, Belle Isle Park. Designed by Frederick Law Olmsted (who also designed New York's Central Park), it's the largest island city park in the country and home to breathtaking landmarks like the beautifully restored James Scott Memorial Fountain and the Albert Kahn-designed Belle Isle Casino, Aquarium (recently reopened for one day during the annual Shiver on the River), and Anna Scripps Whitcomb Conservatory--home to one of the largest city-owned orchid collections in the country. Wander through the Conservatory to see all the colorful flowers in bloom, then head over to the Detroit Riverwalk, a beautiful walk even in frigid weather (and maybe especially so--colder weather means fewer people and more seclusion). End it all with ice skating at Campus Martius--all the inevitable tripping over and gripping onto to each other, falling and laughing is sure to induce romantic inclinations.

Get Arty
A date at the Detroit Institute of Arts may be tres cliché, but it got that way because, quite simply, it works. Start with coffee and a casual lunch at the Rowland Cafe inside the stunning art deco Guardian Building (and hey, since you're there go visit our friends at Pure Detroit), then head over to the DIA and, as their slogan goes, "go wonder around." Afterwards have dinner and cocktails at Cliff Bell's, Detroit's premiere jazz lounge--a fully-restored 1930s art deco nightclub in an Albert Kahn-designed building, and hands-down the best live venue in Detroit for anything from jazz to techno to burlesque. It also happens to be one of the best restaurants and craft cocktail bars in the city. For a slightly different speed, check out the Raven Lounge and Nightclub for Detroit's best blues and some serious soul food. And for lovers of classical music, a box seat at the DSO has no comparison (Mozart and Mahler plays Valentine's Day weekend). 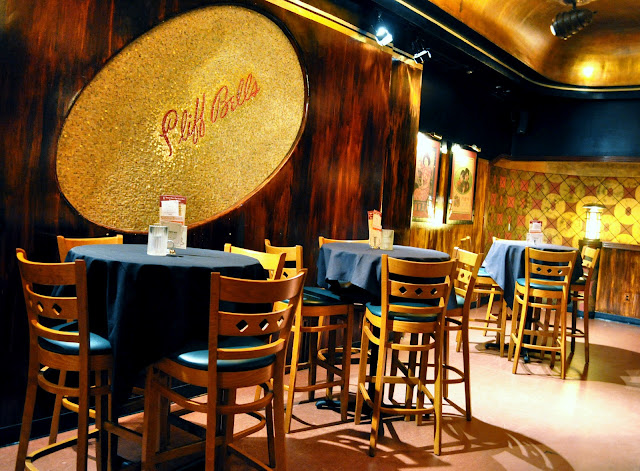 Get Dirty
Valentine's Day at the Dirty Show is a Detroit tradition, though admittedly it's not for everyone. If you don't mind the sight of some prominently-displayed no-no parts, this annual erotic art exhibition is one of the largest erotic arts exhibitions in the world. Come for the art, stay for the performances; there's always plenty of aerial acts, burlesque shows, and appearances from some of our favorite local performers (like Satori Circus). Afterwards ... well, how do you top the Dirty Show? Lucky for you it's open until 2 a.m. so you don't actually have to, but if you get your fill of ... NAKED PEOPLE??? !!! ... then the only way to go is even dirtier. Catch a metal show at Blondie's. Dance to hardcore industrial at the Leland City Club until 4 a.m. (du ... du liebst ... du liebst mich). Or perhaps you're feeling a bit more refined: have a Date With the Dames at the Park Bar (the Detroit Dizzy Dames, that is, for some classic burly-q), then enjoy a nightcap at the Valentine Vodka distillery and martini lounge and soak in the speakeasy-meets-boudoir atmosphere with dramatic red velvet drapes and a prominent painting of the brand's saucy pin-up girl in ravishing red. (Granted, Valentine Vodka is in Ferndale, but for the namesake alone it's worth looking outside of the city.) Keep with the theme of the evening by ordering a Dirty Detroit martini (made with McClure's brine).

Get Sweaty
Now now, naughty monkey ... what I mean by that is, find your inner salsero. Is there anything sexier than the salsa? (Yes, the tango, but good luck finding a regular tango night 'round here.) Check out the listings on Salsa Detroit and bachata your butt over to the nearest Latin night. When in doubt, hit up Vicente's Cuban Cuisine, where their large selection of spicy Spanish and Cuban tapas and mojitos will provide all the fuel you need to burn up the dancefloor. 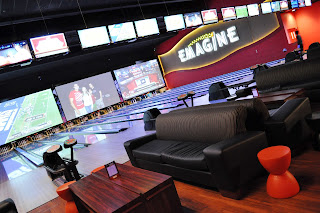 Dinner and a Movie
You just can't beat the classics. Sure, it's not all wine and roses, but neither are actual relationships--for couples a little more established (or those with a mutual fondness for indulging their inner child), sometimes the most important thing is just to have a little fun together. Catch a classic film at the historic Redford Theatre (in Detroit), an arthouse flick at the Detroit Film Theatre (while patiently awaiting the days until Corktown Cinema is up and running; LONG LIVE THE BURTON!), or something big budget and flashy at the Ren Cen 4 Theatre inside the Renaissance Center. Afterwards hit up the Cadieux Cafe for strong Belgian beer, steamed mussels and feather bowling. Alternatively, you can get some gourmet sliders and have a state-of-the-art cinema experience at the Emagine Theatre in Royal Oak, then bowl at the 16-lane upscale Star Lanes, all in the same building. It's the Taj Mahal of movie theatres and I don't feel bad about including it here. It's a good theatre. And thorough.**

Take a Staycation
Book a fancy room, raid the fridge and minibar, rent a movie (what kind of movie is all up to you), order room service and stay in your PJs (or birthday suits) all day. Or, if you feel so inclined, get all fancy and have dinner at one of the hotel's renowned fine dining restaurants. The AAA four-diamond scores for 2012 were just released last month; on the list was the MGM Grand Detroit as well as Saltwater, the Michael Mina restaurant on the property; MotorCity Casino Hotel, as well as its signature restaurant Iridescence (Hour Detroit's "Restaurant of the Year" in 2011); and the Westin Book Cadillac (alas Roast was not bestowed the four diamonds, but it doesn't need them).

Stay Home
A home-cooked dinner (might I suggest lamb chops), wine (Bowers Harbor Vineyard 2008 2896 Langley for a killer example of a Michigan Merlot/Cab Franc), candles, music (Chopin is always a good go-to) -- a special night doesn't have to be spent amongst swarms of other people. Heck, some people might even be happy with pizza, beer and a sci-fi flick. (What?) Point is, quality time doesn't have to mean quality money. Happy Valentine's Day, lovelies!

*Note: some of these might not be doable on a Tuesday, but are perfect for weekend celebrations.
**Any opportunity I have to quote the Big Lebowski makes me happy.
Posted by Unknown
Email ThisBlogThis!Share to TwitterShare to FacebookShare to Pinterest