[EID Feature] Gastronomy: Restaurant of the Year (At Least It Should Be) 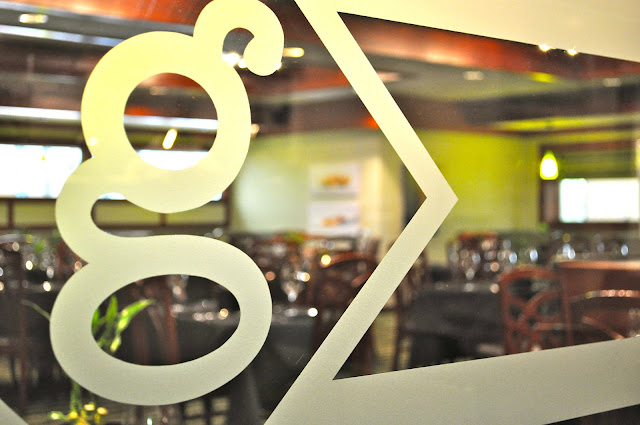 The best meal I ever had in metro Detroit was at Tribute in Farmington Hills when Takashi Yagihashi was still there. (In fact, that meal makes the short list for best dining experiences I’ve ever had in my life.) Following that meal are more meals at Tribute (post-Takashi) and a couple of trips to Iridescence (in both its OLD location in the MotorCity Casino before the hotel was built and the glorious new space). And now, Gastronomy.

My first visit to Gastronomy was in the first week they opened. They didn’t yet have a liquor license and were serving lunch only (they are now serving both dinner and alcohol). One look at the menu and a brief chat with the general manager and I knew, I just knew. Then I had the food.


Some places open with lots of fanfare – usually because of a really strong social media and marketing blitzkrieg (sometimes I even help with that); sometimes because of some local quasi-“star” player or established brand involved; sometimes because enough buzz was built on the ground level and people were simply really excited about, with or without the aid of PR. Gastronomy opened quietly … so quietly that barely anyone even knew about it. There were no feature spreads in the Free Press or Detroit News, no significant following on Facebook, no real buzz of which to speak. (A story in Crain’s from Nate Skid was so preemptive one could assume readers all but forgot about it; then there was some turnover with the chef and partners involved … i.e., Prentice is out.)

But does good buzz equal a good restaurant? I’m reminded of a line from the H.M.S. Pinafore: “’What never?’ ‘No, never.’ ‘What, never?’ ‘Hardly ever!’” In other words, the best places don’t usually need to blow their own horns. 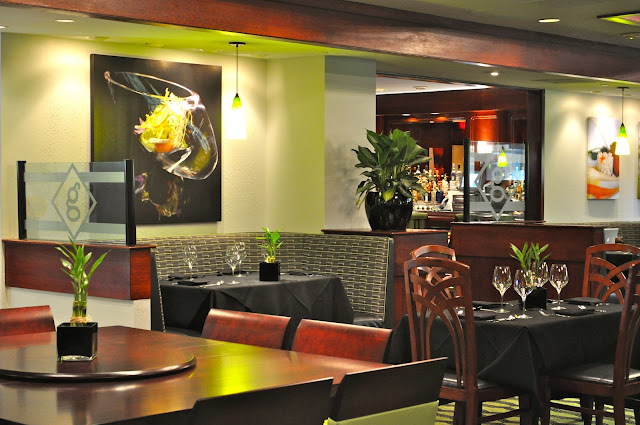 Opinions on restaurants are highly subjective. (Just look at Yelp.) Here is fact: Gastronomy is the best new restaurant in metro Detroit, period. The end. There needs to be no further discussion. If Gastronomy isn’t adorned with “Restaurant of the Year” by the likes of Hour and the Free Press, they are wrong. Period. (Well, either wrong or playing a game of restaurant/advertiser politics, from which there is no escape.)

There are reasons why you might not know about Gastronomy. First, it is in a weird and somewhat off-putting office park in wholly un-sexy Southfield, and it is a place you must specifically seek out as it is tucked away in said weird and somewhat off-putting office park (you would never just drive by and feel compelled to pop in). Second, try as they did to re-vamp the interior of what was once a Morton’s Steakhouse (they tried to lighten it up with bright colors and also blew out a couple of windows to allow some natural light in), they can’t quite escape that “hotel conference center/banquet hall” vibe. (I blame the low ceilings.) But I’m not talking about metro Detroit’s sexiest restaurant (besides, that’s Roast); I’m talking about BEST. 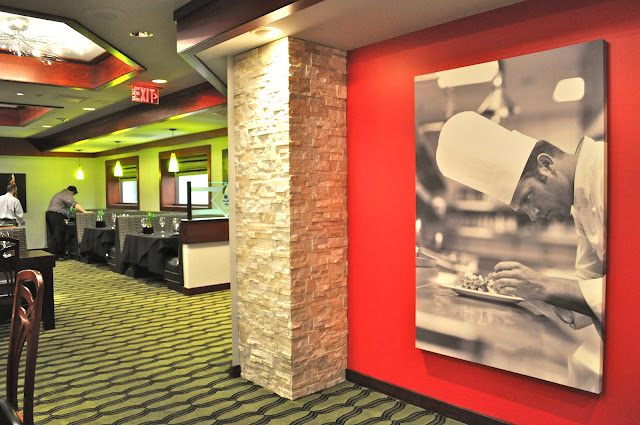 Executive Chef Adam Hightower is no joke. A Michigan native and Schoolcraft culinary graduate, he has worked for private clubs in Michigan, New York, Florida and Houston; was on the USA Culinary Olympic Team in 2000; staged in Europe for a year; trained as a Sous Chef under Certified Master Chef Lawrence McFadden at the Ritz-Carlton’s flagship location in Naples; was the Executive Chef at Honolulu’s AAA Four-Diamond Bali by the Sea; and most recently returned from Hong Kong to oversee Gastronomy. This isn’t some small-potatoes Midwestern chef; this guy is the real deal, an accomplished culinarian able to compete on the world’s stage who chose once again to make Michigan his home. 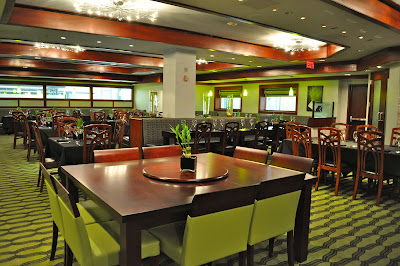 And as a Michigan chef, Hightower’s menu at Gastronomy is a Michigan-by-way-of-the-world menu. Their whole concept is to source as much product from Michigan as possible, and if not Michigan than America (for example, their coffee is from Kona, Hawaii and is served in what they call an “American press”). Everything – everything – is made from scratch in-house, from the breads (including naan) and pastries made from in-house Pastry Chef Emily Davis (another Schoolcraft grad – this place could be an advertisement for that school) to the bitters, infusions and syrups used in the craft cocktails created by some of metro Detroit’s most noted mixologists. They have their own herb garden on the property and will also have their own greenhouse close by that will supply them year-round. They serve “black water” which they mix themselves, a “healthier” version of water with almost 45% more oxygen and 77 minerals. (It tastes like regular not-as-healthy water but looks like Coca-Cola. To their knowledge they are the only restaurant in the country serving it.)

The menu is a tour of the familiar yet not, regional yet worldly. The lunch menu is full of salads and sandwiches (as would be expected), but with unique spins. (They also offer a “lunch box” which is a five-course mini-meal for only $16.) There is a whole section on the menu dedicated to a specific region of global cuisine that will change every 6-8 weeks (they started with Southeast Asia.) The dinner menu is where the culinary team really shines with items like the Foie Gras Brulee (with chocolate, pineapple, cherry and chili) and “Steak and Eggs.” (From the menu description: “It is what it is, we just do it differently.” Indeed.) The gastropub, attached to the restaurant but with an identity all its own, has its own “pub snacks” menu that includes the “Gastronomy Haute Dog,” a house-made hot dog with house-made bun served with house-made accouterments including pickled jalapeno, sweet relish, ballpark mustard and chipotle ketchup.

After my first visit, I scheduled a time to meet with General Manager and Sommelier Chris Salazar to talk about the concept and do that thing I do. I figured we would chat, I would order a couple of small plates, snap a few photos and be on my way. Instead I stayed for nearly three hours and feasted on an impromptu eight-course chef’s tasting which included all of the above items. Each item was equally or more spectacular than the one before it, and by the time I got to the “haute” dog – of all things – and the Rolling Stone’s cover of “Paint It Black” came on I was so happy I wanted to cry. The only bad thing about that meal was the fact that I knew it had to end. And then it did end ... with the Flourless Chocolate Cake – salted caramel crémeux, chocolate-covered Kona beans, vanilla malt whipped cream. It was the culinary equivalent of the crux of Beethoven’s 9th, the “Ode to Joy.” 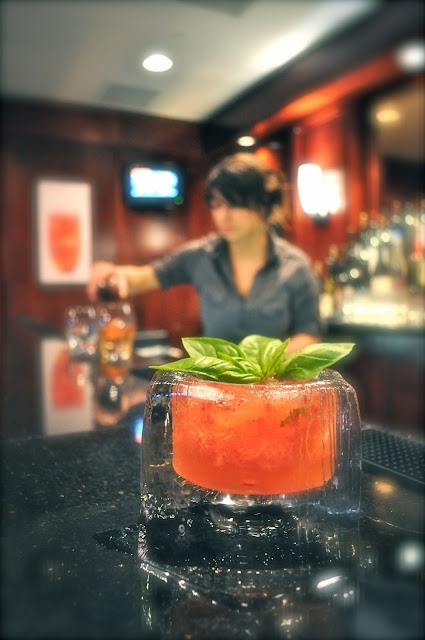 Not only was the food itself phenomenal, on a level to which so many area restaurants aspire but so very, very few ever achieve, but the presentation was exceptional. Some more rustic chefs sneer at plating and presentation, considering it secondary to the food itself – they’re wrong. We eat with our eyes as much as our mouths. Adam Hightower understands this, and his presentation is in a league of its own.

To have your own experience of unadulterated joy, there is a chef’s table that seats up to eight people right outside the kitchen. Adam will also happily prepare a chef’s tasting for your table (whether you’re at the “special” table or not) upon request. There is no specific menu for this: Adam will come to your table to find out what your company likes and create a menu then and there. Vegetarians and vegans are also welcome; a special vegan menu will be introduced soon that isn’t JUST for vegans, but for anyone looking for a lighter, healthier meal.

Oh, and in keeping with the Michigan theme, they of course have a nice selection of Michigan craft beers, wines and spirits. Which probably went without saying but, you know, it’s still worth saying.