Two of my favorite people in restaurateuring (actually, it would probably be safe to say that these guys ARE my two favorite restaurateurs, the end) have opened yet another business in Ann Arbor (two, really) and it looks like they've got yet another winner(s) under their belts.

Greg Lobdell and Jon Carlson of 2Mission Design and Development have been on a tear here, there and everywhere. Jolly Pumpkin is expanding their Dexter brewing facilities (so Ron Jeffries can keep brewing unicorn tears and more of it) and they'll be opening a third Jolly Pumpkin Cafe soon (this one in Royal Oak). Together they own more than a dozen restaurants and bars in Royal Oak, Ann Arbor and Traverse City, and they're not slowing down any time soon. 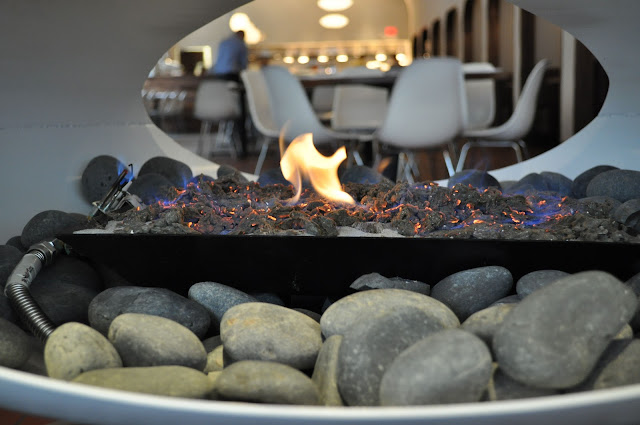 Meet Lena (Lay-na), the team's newest venture and Ann Arbor's latest in cosmopolitan Latin-fusion cuisine. The place is total sexy time with a stripped-down aesthetic and an emphasis on clean, curved lines. From the Jetsons-inspired ceiling-mounted fireplace (get your own for a mere $8,500) to the curved wall and sparse west coast palette (save for the very very green exterior), this place just oozes sexy savvy chic. Oh, Ann Arbor, you. 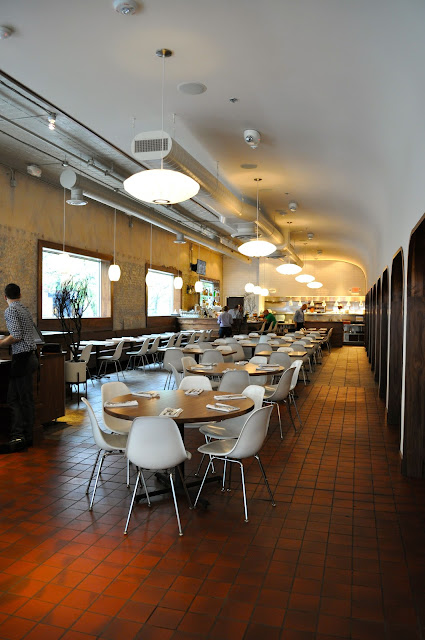 But that's not all: in the basement is the newly-relocated and revamped Habana. It's still everything that it was before (Latin-inspired food and drink, salsa dancing, nightclub on weekends), only better. Sexier.  And minus the "Cafe." (The old Cafe Habana space, in the basement of Blue Tractor BBQ + Brewery, is now Mash, a whiskey and beer bar which admittedly fits the BBQ joint above it a bit more naturally.)

Lena and Habana are both Latin-inspired concepts but the similarities end there. They are otherwise as different as night and day, black and white, below ground and above ground. Where Lena upstairs is light and airy with an open floor plan awash in natural sunlight, breezy like an outdoor cliff-side patio on the Baja Peninsula, Habana is its dark underbelly. Literally. Located beneath Lena, Habana is dark and cavernous, an ultra-sexy nightclub carved out of the earth in the footprints of former secret vaults found beneath what was once Cunningham's Drug Store.

The building itself dates back to the late 1800s (possibly as far back as 1860), when it was home to the department store Mack and Co. When the store shut down, the top floors were removed and it became Cunningham's (1940). That store closed in 1973, replaced by a flower store briefly and then the Greek restaurant Parthenon in 1975, which closed in April of this year after more than 40 years of service. 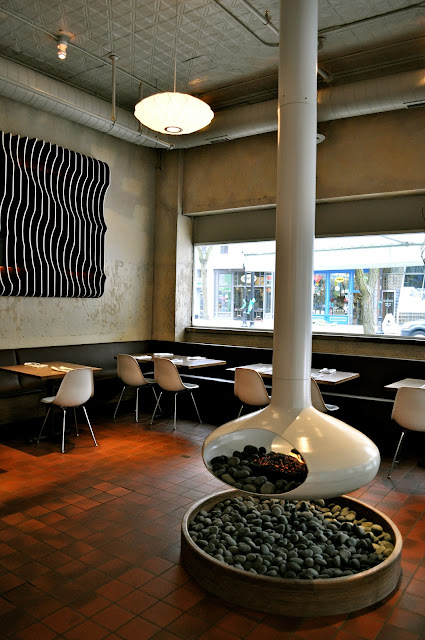 The renovations were fast and furious (the Parthenon wasn't the cleanest of places, and the basement was pretty much dirt). During the renovation process, secret chambers were found behind the walls of the basement running under the sidewalks of the city; the walls were blown out and those chambers are now lounge areas. As for the very very green exterior, it is a faithful recreation of the original Cunningham's Drug Store facade; metalwork, awnings and all.

Lena is conceived to be a culinary experience inspired by the foods and traditions of Latin America and influenced by contemporary American cuisine. Chef Gabriel Vera is from Ecuador but uses French techniques with his own spin. He also recently represented Team Michigan at the Culinary Olympics in Frankfurt earlier this month -- this guy ain't no Tex-Mex joint line cook.

The menu is tapas and tacos with items like roasted corvina (an excellent fish from the coast of Ecuador you won't find anywhere else around here), an excellent selection of ceviche (try the sampler), traditional items like Caldo de Bolas (shredded beef soup), tostones, Spanish yapingacho (potato cakes stuffed with queso blanco, avocado, peanut sauce and chorizo), giant broiled Spanish sardines (not the kind that come in cans), 58-day-aged NY Strip steaks, a primarily Latin American wine list, and a huge emphasis on craft cocktails made with fresh-squeezed juices and house-made infusions. Plus rotating Jolly Pumpkin handles and Brazilian-style Chopp beer (light and dark) brewed especially for Lena and Habana.

I could use more words to say all of these things in more detail, but I'm going to let pictures do the talking here.