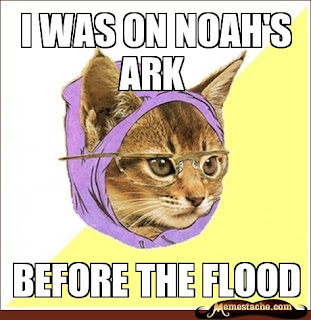 HOPPY HOPPY NANO BEER. Batch Brewery is set to open in the new Brooklyn/Noah's Artisanal Ark of Corktown next year. To wit, Corktown will now have one of each artisanal everything. [Model D]

Deadline Detroit has the scoop on Detroit's only kosher eatery, a self-serve, cafeteria-style, all-you-can-eat, vegetarian restaurant at the Ghafari Residence Hall off Anthony Wayne Drive that's open to the public (it has a street entrance for those who don't live in the dorm). Also an insightful look at the multiculturalism of Wayne State University's student population. [Deadline]

Grandmont/Rosedale got its own coffee shop pop-up called Always Brewing Detroit (through December 23). For those keeping score, that's three pop-up coffee shops that have opened in Detroit this fall, which is to say nothing of all of the permanent cafes that have opened/will be opening in MidCorkDown Village-Bridge in the last and next year. #detroitisthenewseattle [MLive]

New Mexican restaurant called Carnival Fresh Mex opens inside the Penobscot Building this week! It will cater to the downtown business crowd, open 7am-6pm weekdays and for events only on weekends with a goal of serving food in 5 minutes or less. House-made salsa and chips will also be available to purchase in the coming weeks. [Freep]

Just as Buffalo Wild Wings gets ready to open on Shitshow Corridor, franchisee owners have announced they'll be opening an outlet of their local brand Bagger Dave's Legendary Burger Tavern next door! (Which won't be nearly as shitshowy, and the one in Novi is actually pretty good. Like a way nicer Five Guys Burgers and Fries with Michigan beer.) Then Deadline got all commentary meta. [Crain's / Curbed / Deadline]

Here is more information about the businesses opening up over the next year in West Village (Nate Skid speaks with each of the owners) as well as a little bit more on the new restaurants coming to the Broderick Tower. [Crain's]

Chef Marc is the best. [Crain's]

Zagat names Buddy's Pizzeria a "destination pizza" (apparently worth the cost of a plane ticket to Detroit?), yet only a week after naming Supino Pizzeria the best restaurant in all of metro Detroit (who wasn't on that list? Buddy's.). Behold, the fickle finger of fate in food writing. (And also the proof in the pudding as to why you should never take these things all that seriously.) [Zagat]

This is a great example. Here is a totally random round-up of metro Detroit's food diversity. [Yahoo]

The links alone in this story overwhelm me. Here is everything that is currently happening in Detroit that deals with food justice, policy and security. #triplebottomlineFTW [Model D]

Noel Night: bigger, bolder, and with more shit to buy than ever. Is it just me, or did it feel less like an arts event and more like Black Friday at the mall? [MLive]

Rodin in Midtown opened its doors for Noel Night; the official opening date is 12/12/12. [EID FB]

The Cass Corridor: from topless bars to tapas bars! (Alas not my pithy turn of phrase.) La Feria looks to be making progress, and if you happened to stumble over to the Model D house this past Noel Night you were lucky enough to get an early taste. [Curbed Detroit / Model D FB]

Also: Mercury Burger Bar now serves breakfast (the definition of "serve"still being rather loose); Awrey's bakery is laying off people right before the holidays which hardly bodes well for its future. [Freep / WXYZ]

Healthy kids and a healthy local economy: Dino's Lounge in Ferndale is expanding, offering full catering and event services and a banquet hall while also rolling out a new healthy lunch program to area charter schools. And all of this came about over the last few years just so owner Dean "Dino" Bach could keep people working. [Metromode]

Jolly Pumpkin's La Roja and Founder's Bolt Cutter were named by Wine Enthusiast among the top 25 beers of 2012. Also, I love how WE struggles to define and then defend their selections as they try (admirably, though maybe not entirely effectively) to wrap their winey heads around this whole craft beer thing. It's kind of adorable, really. [MLive]

Left Foot Charley Wine gets some more much-deserved mad props, this time at the Jefferson Cup Invitational (it's kind of a big deal). [Promote Michigan]

Tickets to the Michigan Brewers Guild Winter Beer Festival went on sale and then subsequently sold out on Saturday. And now people are trying to scalp tickets on Craigslist. Because people are fucking awful. [MBG FB]

Incidentally, VIP tickets for the 2013 Baconfest Michigan went on sale this morning and are halfway gone already. Remember how sad piggy you were last year when you missed out? Remember how I warned you? [EID FB]

If Ann Arbor/Ypsilanti overwhelm you with their many options and your own lack of familiarity, these are some good places to start. [AnnArbor.com]

And in more Ann Arbor food news, Zingerman's Delicatessen (Next Door) has one of the best hot chocolates in the U.S. according to Food and Wine. [F+W]

Soul food and live jazz at an Elks Lodge? Yes. The Elks Lodge in Ann Arbor hosts the "Elks Neighborhood Kitchen Soul Food and Live Jazz" every Thursday through Saturday (these events are open to the public and are exactly what they sound like). [AnnArbor.com]

Mario Batali is a one-man Michigan PR machine. With all due respect to the lovely people at the Pure Michigan and Traverse City, Michigan CVBs. You just can't buy or beg for this kind of press. [Vanity Fair]

Eat It GR
~The much-anticipated Grand Rapids Brewing Company starts serving beer to the public this Wednesday, and is also the first certified organic brewery in Michigan. [GR Business Journal / GRBC FB]
Posted by Unknown
Email ThisBlogThis!Share to TwitterShare to FacebookShare to Pinterest