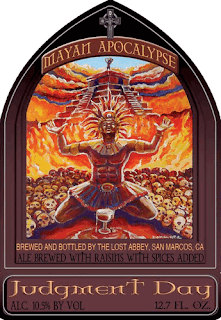 Prediction: Craftwork will be the biggest and most-buzzed-about Detroit restaurant opening of 2013. Also, I have yet to ask Hugh or Michael about this, but given Geiger's background in electronic music I really REALLY hope the name is a homage to Kraftwerk (who just got snubbed by the Rock and Roll Hall of Fame this year, BTW.) [Crain's]

Pulse is closed but will reopen in a larger location in Greektown in February; the building that stretches an entire city block along Monroe that Pulse once called home is now completely empty after having pushed out all of its tenant over the last two years. Rumor has it that the building will be torn down and either a parking garage or hotel development (though parking garage seems to be favored) will be constructed in its place. [EID FB]

The Free Press's Sylvia Rector releases her picks for the top 10 best new restaurants of the year, leaves a lot of raised eyebrows and scratched heads. [Freep]

Rodin in Midtown is now open and the menu sounds just short of divine. [Thrillist]

Here are the completely arbitrary findings of an inherently flawed "study" that is obviously strictly for marketing purposes citing Detroit as one of the most health-conscious cities in the country. Now please sign up for our website. [HuffPo]

Detroit has a new urban mini golf course (in Corktown, natch). And it is very, VERY Detroit (right down to the train station backdrop). [Thrillist]

Some random website lists Kuhnhenn Brewing Company's Fluffer as one of 100 Beer to Try Before You Die. Which you can do at their annual Winter Solstice Party this Friday, December 21, provided we don't all die in the Mayan Apocalypse. [Complex]

If what the nay-sayers are claiming is true, this is the most complicated evil genius land-grab plot in the history of THE WORLD and John Hantz is very clearly operating on a level we mere mortals cannot possibly hope to comprehend. [Crain's]

Konbini Online Delivery Service is now operating in downtown and Midtown with early morning and late-night hours delivering just about every sort of odd and end a student type could want, with hopes to grow into something much bigger. $3.50 flat rate per delivery. They'll run through Dec. 19 then pick back up again full-time in January when school starts again. Like a real city! On bikes! [HuffPo]

Detroit is the new ... Berlin! Which isn't to say we're the testicle of the West, but that we're poor but sexy. [UIX]

Further proof of the power of #putaneggonit (or in it). [Hour]

B. Nektar Meadery has received their state winemaker license for their new facility (also in Ferndale, a block away from the old one). Tastings will move to the new space starting in January. They will continue to use the old space to make their limited releases and any barrel aging. [EID FB / B. Nektar FB]

Some people bake cookies for the holidays. Others make tamales. [Freep]

The city of Royal Oak has approved a massive mixed-use development downtown that will include a hotel, an apartment building, a parking garage, two more buildings, and a high-end -- oh how we love trends here -- STEAKHOUSE. Will Main Street even be visible in the shadows of its loft developments, apartment buildings and parking garages? Help us, Jolly Pumpkin Cafe. You're our only hope. [Curbed Detroit]

Chelsea Alehouse is getting ready to open, bringing a microbrewery back to the city that was home to Michigan's first way back in 1982! And it's right next to that awesome Jet's Pizza with the craft beer I told you about that one time. [AnnArbor.com / EID Official]

Eat It GR (and beyond)
~For years I've thought, the only thing that could possibly make Grand Rapids better would be if New Holland Brewing Company had a brew pub here instead of 30 minutes away in Holland. It's like I wish for things and they happen. [MLive]
~Reserve Wine + Food in Grand Rapids gets a shout-out from USA Today as one of 10 great wine bars in the country! Grand Rapids: more than just beer. But also beer. [USA Today]
~Goose Island Beer Co.'s former brewmaster Gregory Hall is making craft cider now instead. Virtue Cider has already been operating in Chicago for several months, but the new Fennville location will have both the production facility and an orchard. (Hall will also source fruit from other Michigan apple farmers.) This new facility will be ready to make its own cider by the end of the year. Once again, cider is a thing here now. [MLive]
~Now on shelves: the ying to one of DRAFT Magazine's best beers of 2012, Brewery Vivant Escoffier's, yang -- New Belgium Brewing's Biere de Garde, part of the limited Lips of Faith Series. And a TOTALLY different beer. [MLive]
~Pilot Malt House opens in Kalamazoo and is west Michigan's only independent, small-batch maltery. [SW MI Second Wave]
~Bourdain is coming to Lansing. If you're into that sort of thing. [Anthony What-the-Foodie-Movement-Landed-On-When-the-Foodie-Movement-Jumped-the-Shark Fucking Bourdain Tour Official]
Posted by Unknown
Email ThisBlogThis!Share to TwitterShare to FacebookShare to Pinterest