[Metromode] Back to the Future of Food Trucks 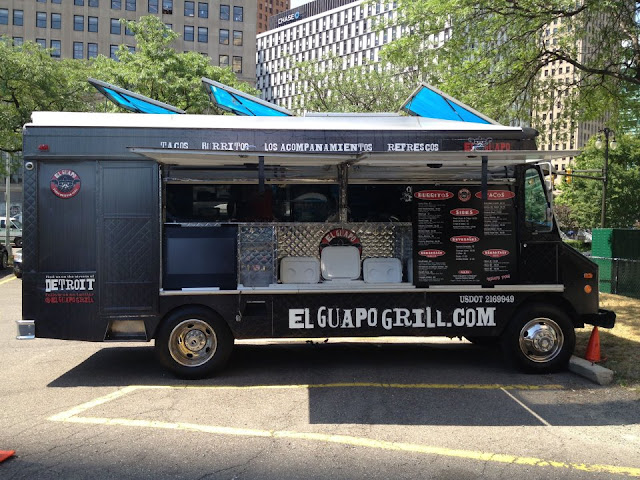 When we first looked at mobile vending, Mark's Carts in Ann Arbor had only just opened and El Guapo, the popular taco and burrito truck based in Madison Heights, was at the end of a year-long challenge with the city of Detroit to get mobile vending laws changed to allow more to operate on the streets. (Their 60 trips to city hall is now the stuff of local legend.) As mobile vending momentum gained, Ferndale took a "come one, come all" approach, but not without some backlash from brick and mortar businesses that felt mobile vendors were at an unfair advantage.

Now here we are, almost two years later, and mobile vendors seem to have found a comfortable place in the marketplace. While no laws have changed allowing these businesses to operate freely on the streets, there is now a more comfortable set of rules governing their operation – where the health department didn't seem to know what to do with them initially, the difficulties that the early adopters once faced seem to have diminished and there's a general (if not yet entirely consistent) consensus as to what they need to do in order to legally operate.