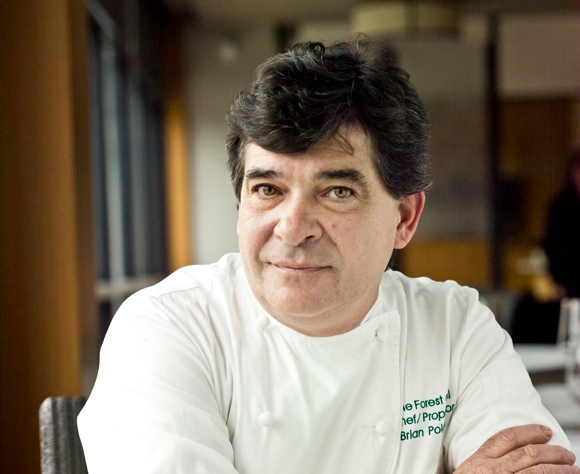 Being a chef is terrible. Unless you love being a chef.

Think about it: 16 hour work days on your feet in a sweltering kitchen in which the daily number of opportunities for personal injury are on pace with that of a war zone, working all nights and weekends and holidays, sacrificing your social life and your family life and really any other kind of life you might have hoped to have had, plus the pay sucks until you finally own your own restaurant and then the pay is even worse ... bottom line, you'd better really fucking love to cook if this is the life you're going to choose.

Brian Polcyn chose that life, and he has made the most of it.

Earlier this week Polcyn made the decision to close Cinco Lagos, the rebranded casual Latin version of his renowned Five Lakes Grill in downtown Milford. The decision was not made lightly. 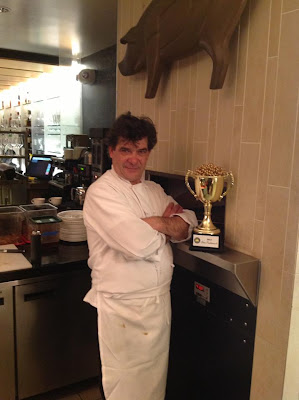 "I put a lot of my life into that space," says Polcyn. "But there comes a time in your career when you know you need to move on. It was a really tough decision for me; that was my baby! I built that place from zero, from nothing, to become a nationally-named restaurant." Five Lakes received coverage in The Atlantic, Wine Spectator, the New York Times, Bon Appetit, and even earned Polcyn a James Beard nomination for Best Chef Midwest in 2006.

At the time Polcyn opened Five Lakes Grill, downtown Milford wasn't exactly the most obvious choice for such a prestigious restaurant. (It still isn't.) But Polcyn is a family man, and he chose that location because he had a wife and five children to raise and he wanted to be close to home so he could balance being a chef with being a dad. "You know what it's like to be a chef," he says to me. "And to be a father. In order to be successful at either one you have to put a lot of time in."

He certainly didn't suffer for it; he racked up a list of a accolades and was still "able to achieve chef development."

He spent 18 years in that location. But now, his kids are all grown up. And his baby has grown too ... not quite in the way he had envisioned, but in a way that was necessary (he transitioned Five Lakes into the fresh-Mex Cinco Lagos in 2009, when the recession was landing its most severe blows on local businesses).

He also opened Forest Grill in Birmingham in 2008, a concept with the same soul as Five Lakes but in a much more agreeable location. Suddenly the customers that would drive all the way from Birmingham and the Bloomfields to visit Five Lakes now had one of their own; they stopped coming. Then the recession hit, and Five Lakes was over. (Polcyn says now the decision to change Five Lakes over to Cinco Lagos was harder than his more recent decision to close.) 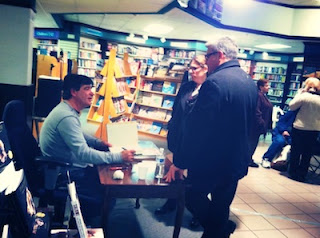 But Polcyn understands the necessity of this decision. Much like being a father and being a chef, he realizes owning two restaurants is also a balancing act. Add to that teaching full time at Schoolcraft College, launching a national charcuterie line with Garden Fresh Salsa (coming later this year), and being a best-selling author currently working on his third book (a more in-depth, detailed version of what he introduced in Charcuterie and Salumi). "The thing is, I'm just really busy," he says. "It takes a lot of time and effort in Milford and I can't spend the time there anymore to make it successful."

After 37 years in the business, Polcyn is past the point of sweating away in a kitchen every day. In the natural stages of a chef's evolution, he has transitioned into more of a teacher/mentor role, and continues to develop his own brand outside of the dining room. "I'm perfectly happy with the direction I'm going in. I'm still developing as a business man."

As a full time instructor at Schoolcraft College, Polcyn has been training the next generation of chefs in his own image. Now house-made charcuterie platters are widely available in restaurants throughout metro Detroit (10 years ago most people had never even heard the word). You'd be hard-pressed to find a chef working in a metro Detroit kitchen who hasn't in some way been influenced by him (if not directly trained under him).

And now, Polcyn will be mentoring a new Chef de Cuisine at Forest Grill. 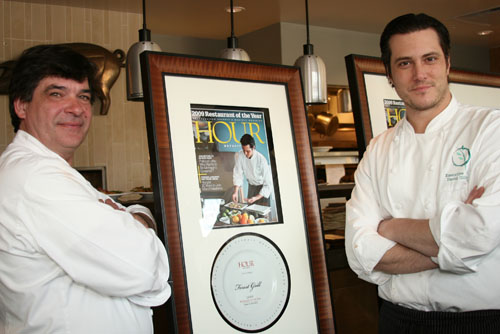 Previous Chef de Cuisine David Gilbert left late last year in order to open his own restaurant in Grosse Pointe Park (opening sometime this spring). Things at the Grill have been unstable since his departure, but now Polcyn has hired on Grosse Pointe native Nick Janutol, who has been working at Michelin-starred restaurants in Chicago.

Polcyn was introduced to Janutol through their mutual friend James Rigato, Executive Chef at the Root Restaurant in White Lake. "James kept on me relentlessly, 'You gotta get this guy, you gotta get this guy.'" When Polcyn was in Chicago on a book tour he met with Janutol ... and they talked nonstop for an hour and a half. "I'm really confident," says Polcyn. "He really buys into the [Forest Grill] concept and sees what my vision is." 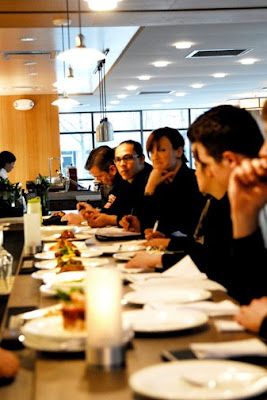 Polcyn remembers when he was first starting out all the chefs around here were European because at the time a chef in Europe had to wait for a chef to die just to get a position. "I want to make room for the next generation guys ... these guys are established, they have the base skills. Now they need a place to develop. It's like developing your craft as an actor. You need a good role to go through that journey of self-discovery. I'm a good teacher and I know how to spot talent."

And for Polcyn, being a teacher is also about being a mentor and setting a positive professional example. "The restaurant business can breed the wrong element with late nights, parties ... these guys need an example. I've been married to the same woman for 30 years and have five kids. We are professionals and should conduct ourselves as professionals." In other words, he's no Bourdain.

Janutol, for his part, is on the same page. At 27 years old he realizes that this is a young man's game. "Your knees will only work for so long," he says. "Work as hard as you can as young as you can so that by the time you're in your 40s and 50s you can focus more on management and teaching." Much like Polcyn himself.

Janutol is leaving his post as "Second in Command" (his official title, their way of poking fun at how generously the title "Sous Chef" is doled out) at the Michelin-starred L2O in Chicago. Previously he had worked at the Michelin-starred RIA in Chicago and the Michelin-starred Eleven Madison Park in Manhattan, and studied at the Culinary Institute of America at Hyde Park. While this is the most high-profile position he's yet had, he certainly has the pedigree to succeed. (He officially joins the team next Tuesday.) 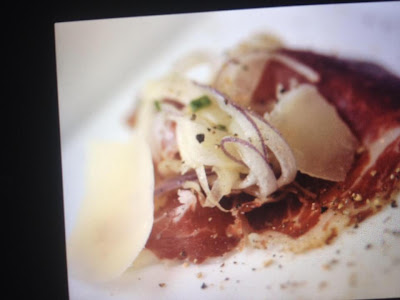 Polcyn says the Forest Grill will be a continuation of his philosophy and what he feels food should be. "A lot of people use phrases -- 'farm to table,' 'local food' -- I've been doing that my whole career! You buy what's in season because it's the best quality but also because it is in abundance and at the best prices." The Forest Grill will continue to do whole animal nose-to-tail butchery and foster relationships with farmers, and down the line may also introduce whole animal menus. Janutol is hoping to also bring more of a focus on foul and fish.

With Polcyn able to put more focus on the restaurant and Janutol as the eager new chef, Forest Grill is now primed to become "the restaurant everyone always wanted it to be" (in the words of Chef Rigato). "Nick's going to bring a different style and it's going to be cool," says Polcyn. "It's like having a kid. You don't know how they'll turn out but [if you raise them right and teach them all the right values] they'll blossom into their own personality."