It should come as no surprise to anyone that white people love Corktown. If the mention of this neighborhood immediately prompted thoughts of Slows or really anything marinated, deep fried, and heavily seasoned with hipster, STOP. STOP NOW. It’s time to take a moment to commemorate our elders. Places that have yet to receive any hype from Martha Stewart Living, Food Network, or any other publication buzzing about Corktown. Their floors lack the track marks of young artists (aka twenty-somethings with a fine arts degree or who attended CCS for a year) seeking the recognition for their exceptional talents, or at least the opportunity to land a sweet bartending gig. Let us bring light to our weathered friends, those that seize the charm of the city and stand as the bare bones of the neighborhood. Acquaint yourselves with the “Other Corktown.” 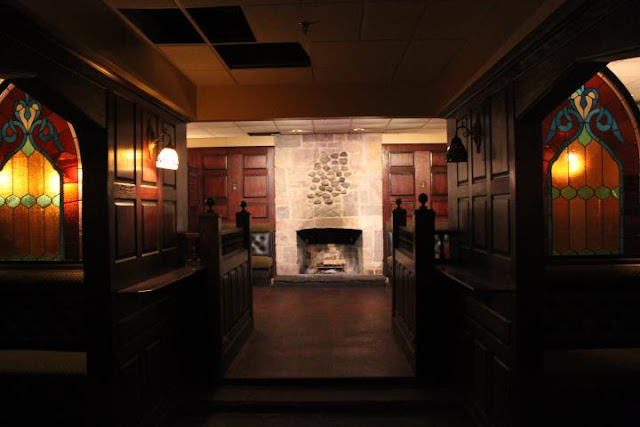 #1 St. Cece’s Pub (1426 Bagley Avenue)
Note: Although entirely deserving as number one on this Hot List, beware that upon your visit, your vehicle may or may not being broken into with one fell swoop in broad daylight, with a screwdriver, in the middle of the parking lot. This is Detroit, friends. Hide yo shit.

Editor's note: No but seriously, that actually happened to Stefanie when she was out "researching" this story. Stefanie, Eat It Detroit thanks you for your commitment to the brand.

Enjoy it while you can: it's been open for over a year now and word is spreading fast about this place and their fantastic food. Owners Celeste Belanger and her brother Jerry (who is also the owner of Park Bar) know what’s up. Walking through the doors for the first time arouse similar emotions to what one would (presumably) feel after stepping off the Hogwarts Express … only better because they have Michigan beer on tap. St. Cece’s is a humble enchantment, the kind of bar to go to for contemplating life’s next move. The lighting is soft, the music is pleasant, and Celeste will see that your drink is full throughout your stay. The pub has also recently revamped their menu, adding items such as Duck Confit and Fried Green Tomatoes. None of this will matter after demolishing an order of their pork sliders. THEY ARE FUCKING AWESOME, YOU GUYS. Seriously, the sliders alone are worth a visit.

#2 McShane’s Irish Pub (1460 Michigan Avenue)
Formerly known as Hoot’s which was indeed a “hoot” (editor’s note: seriously, it totally was, kind of like this), their fierce new paint job isn’t the only radical change to the pub’s reopening. After switching owners, they have made what some claim to be a complete night to day transition (editor’s note: that wasn’t a race joke, really). They’re now fully equipped with sports bar pizzazz, meaning they’ve moved in some pool tables, offer free shuttles to the games, and have about 100 flat screen TVs. The bar scene is a little tricky to identify, but it certainly has yet to be gentrified by Detroit’s colonizing elite. (Probably because the words “sports bar” has them quivering in their Oxfords.) The menu is reasonably priced, with many choices and big portions. (Great burgers on buttered buns, and do try the stout cheddar spread.) Go there, get a burger, get a beer (they've got some pretty decent ones on tap), and take solace in knowing that you’ve found a place in Corktown that is not a hipster breeding ground. In other words, this is your chance to say you hung out here before it was cool.


#3 PJ’s Lager House (1254 Michigan Avenue)
If you live downtown or have at some point throughout your late teens or early twenties, chances are you already know what PJ’s is all about. For the newbies, there are certain things to expect after a visit. Expect to leave with muffled hearing, covered in sweat (not necessarily your own), and drunk. PJ’s is the Mecca of local rock/indie/punk/synthesizer-what-the-fuck-am-I-listening-to bands. Some bands will be great, some horrible, but all amusing nonetheless. The booze is cheap, the staff is attentive, and they offer some really tasty grub. Try not to let the grimy interiors discourage you from trying something on the menu because they totally know their shit (including vegan shit, and New Orleansian shit!). PJ’s is the golden mean of hipsters and everyone else … that is, as long as you love PBR.

#4 Casey’s Pub (1830 Michigan Avenue)
Casey’s is a true locals bar and definitely in the running for the crowning of Corktown’s most beloved burger, FOSHO. Their menu is pretty much limited to burgers, French fries, and wing dings, with a few other greasy goodies in between. The fun part is getting to watch the bartender (who will most likely be the only one running the establishment) flip patties while shooting the shit and tending to the thirst of the regulars. What makes this place so special is that it truly is a time capsule. The bar hasn’t changed since the day they opened and it’s clear they never intend to. It’s all very endearing how proudly they sit upon Michigan Ave. as they watch their neighborhood swiftly evolve. Although you may not receive the same treatment as the regulars, it is encouraged that you mosey in one afternoon to grab a cheap bite. Pro tip: build a rapport with the bartender, then order a stuffed burger. This thing makes Slows’ Special Purpose look like special ed. The beer selection pales in comparison to Other Corktown's other finest, but you can always get a Fat Tire and that doesn't suck. 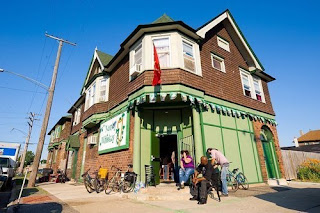 #5 Nancy Whiskey (2644 Harrison Street)
Nancy’s claims to be “Detroit’s oldest party” and that may very well be true. This fossil of a dive bar takes satisfaction in having been around since the Prohibition days. They’ve also managed to overcome a major setback after being forced to close down in 2009 after a fire. The bar has been reopened for a few years now and seems to be regaining its appeal, as well as a loyal customer base. Many would also agree that Nancy’s is the party hotspot for game days and, of course, the Corktown St. Patty’s Day Parade (which is creeping up). They’ve managed to assemble a solid hipster crowd, probably due to their Wednesday night dollar PBR and three dollar Jameson shot special. If perhaps you’re able to splurge a little on your beer selection, know that they also carry a pretty good assortment of craft beer. Great hospitality (especially if you’re a newcomer), live blues on the weekends, and cheap drinks … how much more can you really want from a dive bar that was established over a hundred years ago?