[EID Feature] Schramm's Mead: Mead from the Guy Who Wrote the Book on It

The tasting room has six meads on tap - four signature and two rotating - as well as a selection of "mead cocktails," along with a small menu of sweet and savory small plates made to pair with their meads. (Cheese plate, anyone? Anyone besides me?) The tasting room can accommodate 28 inside and another 20 on the spacious patio overlooking 9 Mile when the weather is gracious enough to permit it. On the walls are works by local artists that are available for purchase; Schramm charges less commission than galleries and hopes to be able to get a lot of quality artwork in. As Schramm was looking for a location somewhere along the Woodward Corridor he looked at many buildings and spoke to many city council members and planning officials. He found Ferndale to be the most enthusiastic and supportive of what he wanted to do. Now, between Schramm's Meadery, from one of the most respected mead makers in the world, and B. Nektar, possibly the highest-producing meadery in the country right now, Ferndale might as well be called Meaddale. 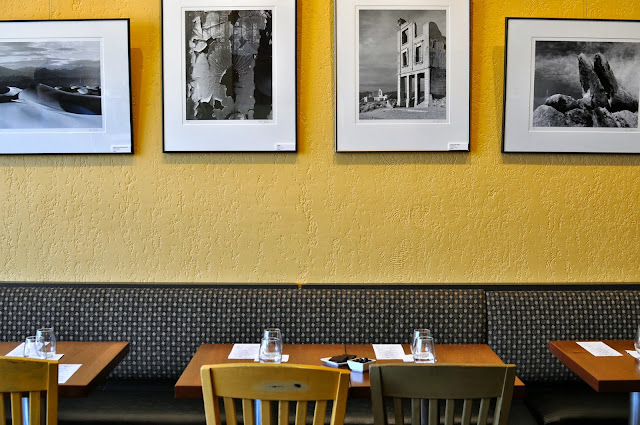 All meads will be available for purchase in the tasting as well as select stores - they are self-distributing for now until their production requires something more substantial. Schramm has a goal of producing 300 gallons per month, or somewhere north of 130 cases (by comparison, neighboring Ferndale meadery B. Nektar has been steadily producing over 2,000 cases per month, so Schramm's is a tiny operation by comparison).

I had the chance to sit down with Schramm last month to discuss his new meadery and his history with the burgeoning craft mead industry - something he has been instrumental in growing. "Okay, I have a bit of a reputation," he said bashfully to me as I attempted to make him take credit for his work. Schramm is an exceedingly kind and humble person, and more than one industry friend has referred to him as a genius - a label I have absolutely no doubt he deserves after hearing him rattle off the numerical designations of yeast strains he has used, the ethical conundrum of organic versus local, and the importance of having "fidelity to your product." Quality in, quality out, he says - which means while he will be using Michigan fruit and honey in his products, he is also very mindful of seasonality and will use what he needs to from where he needs to as the items are in season and available.

The following is an excerpt from this conversation that appears in this month's issue of Hour Detroit, now on stands. 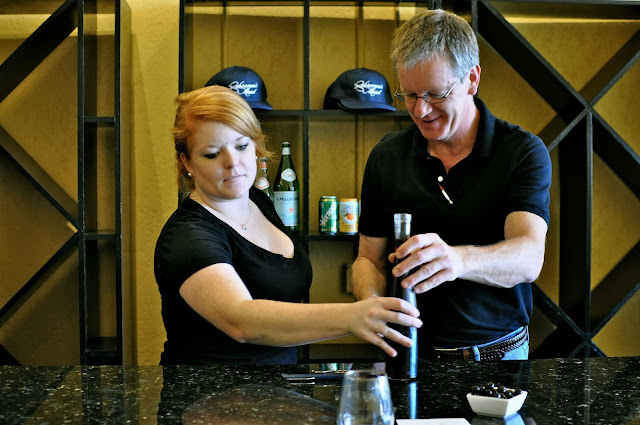 Just as craft brewing started in the basements of home brewers before it broke into the mainstream, so too did mead – and the home brewer and home meadmaker were often one and the same.

That's how Ken Schramm started in 1987. His brother bought him a home brewing kit one year for Christmas, which came with a copy of Charlie Pappazian's The Complete Joy of Homebrewing, long held as the definitive guide on the subject. In the back there was an appendix on mead.

"In it he spoke in superlatives, [like] there's really nothing better [than mead] in the whole wide world," Schramm says. "So I decided to give it a shot." 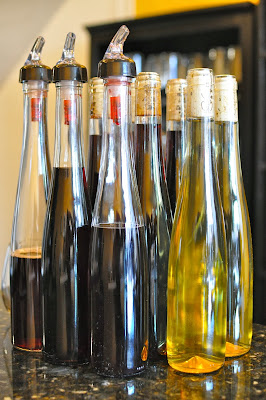 At the time craft brewing wasn't even yet in its infancy; it was still a zygote. Mead had even less prominence. Schramm started making meads and contacted fellow Michigander Bill Pfeiffer, one of the first five national beer judges in the country who was also meadmaker of the year. Pfieffer directed Schramm to the Ann Arbor Brewers Guild, where he met Dr. Dan McConnell, a PhD in microbiology research from the University of Michigan. "We both had the mead bug at the time, and I suggested we start a mead-only competition. Then people would send us their meads from all over and we could learn which ones were best and how they made them." And so, in partnership with a third friend Mike O'Brien, the Mazer Cup was born, America's first and largest mead-only competition. (The event is now held annually in March in Boulder, Colorado.)

Schramm and his mead buddies continued to build their reputations with experimental meads, and were guest speakers at the American Homebrewers Association national conference in Denver in 1994. "At that point our reputations were sealed," Schramm says. "People knew we were serious. We were asked to write articles. Eventually I got asked to write a book." McConnell was busy with a research grant from Harvard so Schramm took the lead on the mead-making manual.

The Compleat Meadmaker was released in 2003. It is still considered the current book of reference for meadmaking, and Schramm plans on a second edition soon. That's right: Ken Schramm is, quite literally, the man who wrote the book on mead.

Now he is opening his own meadery in downtown Ferndale, which he has wanted to do, he says, "Since before I wrote the book." Now in his 50s, he decided that if he was ever going to do it, now is the time. "I really wanted to open the meadery when mead was starting to gain currency and was not so obscure, when it was beginning to be part of the craft alcohol movement in the United States. I had to do something to support that first."