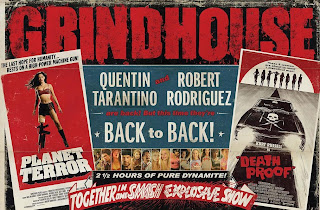 Speaking of fucking awesome, Imperial is once again doing something arty. And fucking awesome. Their Day of the Battle custom-designed skateboard deck charity auction goes through next Sunday. [RDW / eBay]

Rumors regarding the future of Atlas Global Bistro are probably Detroit's worst-kept secret. For months it was hinted that it would be in the old Agave space, but most recently it came to my attention that Bedrock was courting the business to come downtown (and THAT you heard here first, lucky readers). Their lease expires at the end of the month; no confirmation yet on where they will move. [Crain's]

Burger news you can use: Michael Symon's people sent out a press release saying that, among other Rust Belt cities, Detroit is being considered for a B Spot Burgers location. Which is a lot less sexier than saying ZOMCGZIRONCHEFBURGERZFORSUREZ, but such is reality. [Crain's]

In case you missed it, which was apparently everyone because SERIOUSLY THIS IS A BIG FUCKING SCOOP, The Top of the Pontch will reopen this fall. (And developer of the new Crowne Plaza Pontchartrain Hotel, Gabriel Ruiz, also plans on building the second tower that was always part of the original design plans. I realize Detroiters don't pay a whole lot of attention to what happens outside of Detroit aside from what happens on Facebook, but Ruiz is one of the top hotel developers in the world right now. So. It's kind of a big deal.) [Model D]

And in case you also missed this, Tony Vulaj -- owner of Olympic Grill and Campus Diner in Midtown -- will open Tony V's Tavern in the old Alvin's space later this year, and is also a partner in the new Midtown Zeff's (Zef's? IDK) in the old Raw Cafe space this month. [Model D]

At the age of 24 I was working two meaningless jobs I hated and spent all the rest of my time being drunk. (Occasionally those things would overlap.) So. Here's someone who's life path looks a whole lot different at that age. No small wonder Eastern Market Corporation's Fiona Ruddy is one of Crain's Detroit Business 20 in Their Twenties. [Crain's]

In a first for Detroit sports, Detroit City FC has partnered with MillKing It Productions to produce CITY, a Detroit City FC-themed beer. You'll be able to enjoy this limited-edition Red IPA at fine drinking establishments across the region throughout the DCFC season. [DCFC Official]

Whole Foods: embracing the poors and The Blacks. [HuffPo]

One day people aren't eating lunch outside on a patio watching live music next to a fountain. The next day they are. [Dig Downtown FB]

Here's a lengthy profile about someone you've never heard of who is also getting his own column in the Free Press now. [Freep]

White people tacos for the fifth of May. Also, the person who wrote this story almost died from viral meningitis and of the many hallucinations he had, a taco fight was among them. Let it be known that RDW HBIC Adam O'Connor has a good (albeit demented) sense of humor. [Real Detroit]

Or you can go to Southwest Detroit and be more AUTHENTIC. [Model D/Belle Isle to 8 Mile]