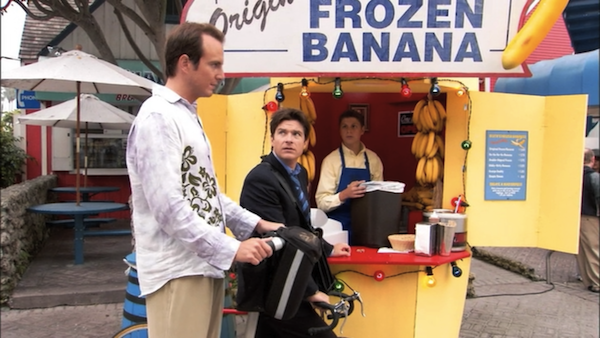 But Bella Piatti is not. Birmingham says, "This aggression will not stand" to new owners of Bella Piatti, currently seeking a liquor license transfer but denied due to their own operational history of MLCC violations. [Downtown Publications]

In case you missed it:
~Here is your Movement guide to restaurants and bars within walking distance of Hart Plaza. [EID]
~Another post-pop-up success story: Always Brewing Detroit will open permanently in their previous winter pop-up location in Grandmont Rosedale later this month. [Model D]
~"Meat tastes like murder, and murder tastes f@#%ing good" - so says Denis Leary, and so says this week's feature in Metromode. [Metromode]

Prediction: gas station food will be the new food trucks. As in, an offshoot variety of restaurant previously dismissed based on the nature of its location/identity (roach coaches, GAS STATION FOOD) now being embraced by "#foodies" as the new adventurous culinary frontier. Won't this be fun. Maybe there could even be a #tweetup. !!!! #gasstationfoodies [Detroit News]

This one blows my mind. A collection of "food trucks" under one roof that are not in fact mobile can just go ahead and be called a food court, what with "truck" sort of being the operative word there. At some point, things stop being trucks. Is this meta? I don't even know. [Berkley Patch]

Sweet Potato Sensations has been in business since 1987 on Detroit's Northwest side. Read about this second-generation family-owned business in Urban Innovation Exchange. [UIX]

Guess which city has one of the best baseball stadiums for craft beer??? (Hint: IT'S IN THE NAME OF THIS FACEBOOK BLOG.) [Daily Meal]

SkyBar and Lounge (the ground floor portion) is remodeled and reopened, debuting their new Alpha stage in partnership with WDET. [Deadline / SkyBar FB]

Looks like the Oxford Inn will not go through with the country-western changes originally planned (and also looks like those plans were never quite as dramatic as it sounded). [Royal Oak Patch]

The Avenue of Fashion is getting some buzz this week ... among the many things happening here is a new neighborhood-focused Detroit SOUP. [Crain's]

And here is an excellent, thoughtfully-written story about what's happening at the Avenue of Fashion now, what's in store for the near future, and how this might be Detroit's next corridor to see major investment. [Model D]

Many, many Michigan chefs were included in the 2013 Best Chefs America list including James from The Root Restaurant and Bar, Dave from Supino Pizzeria, Christian from Brizola, Paul from Cuisine, Brian from Forest Grill, Chris from The Rattlesnake, Luciano from Bacco Ristorante, Andy from Michael Symon's Roast - Detroit, Eve from Frita Batidos, Brandon from Grange Kitchen and Bar, Alex from Zingerman's Roadhouse, and soooooo many more. Congratulations to all of them! [Best Chefs America]

In other examples of national recognition for a Michigan chef ... sooooooo the chef at Vellum in Ann Arbor was nominated for Eater's Young Guns. Which is cool! Though I just idly and for no particular reason am curious as to what exactly the whole selection process entailed, which (if any) other Michigan chefs were nominated but not included, and whether Daniel Boulud actually took the time to travel to Ann Arbor and dine at the restaurant or if this whole thing was based on submitted bios selected from behind a Manhattan desk? Just out of professional journalistic curiosity. [Eater]

The future is now. [Pizza Today]

Thrillist has an excellent selection of Arrested Development-themed drinks. Just don't let the vodka go bad -- that would be a huge mistake. [Thrillist]

Can we all agree that "beerfests" have jumped the Land Shark? [Palace Net]

Fox News names these your go-to summer BBQ beers; Founders Brewing Co. All Day IPA is among them. [Fox News]

Is Hopslam the best Imperial IPA IN THE WORLD? The fine folks at DRAFT Magazine think it's among them. [DRAFT]

PBR now costs the same as many craft beers (thanks to goddamn dirty hipsters). Which means now there is absolutely no excuse to drink any of this, unless of course it's your ONLY option *or* you're trying not to get hammered on a high ABV craft beer, which is the by and large majority of them (6%ABV does not a session beer make) ... No one wins here, guys. Can we hit the "reset" button and try this again, only do it right this time? #AMERICA #FUCKYEAH [HuffPo]

Buffalo Wild Wings will have a signature beer called "Game Changer" contract brewed by Redhook Ale Brewery. In that it is a pale ale clocking in at a respectable, session-appropriate ABV of 4.6%, it might ACTUALLY be a game changer. Ah, but Redhook is an AB-InBev brand now - let the hand-wringing begin! #America. [CNBC]

The Grey Lady says saisons might be the perfect summer beer. For a publication that only recently begrudgingly began to pay attention to craft beer, finally realizing that it was not in fact going away, they sure did nail this one. Jolly Pumpkin FTW! [NY Times]

Wonder who's going to contract brew the "Duff Beer." [BeerPulse]
Posted by Unknown
Email ThisBlogThis!Share to TwitterShare to FacebookShare to Pinterest